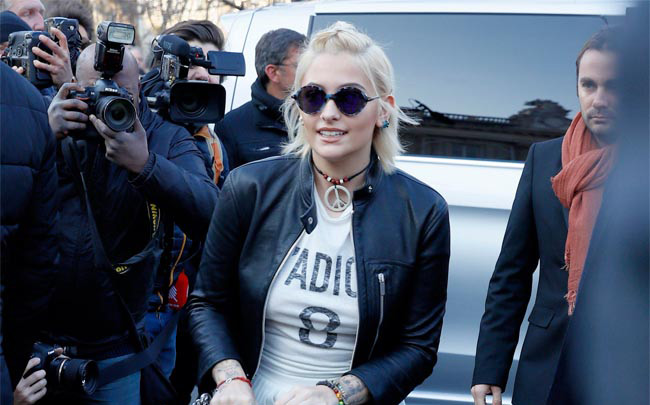 Paris Jackson says her late father Michael Jackson inspires “all” she does as he has “always been her world”.

The 18-year-old star – who lost the ‘Beat It’ hitmaker back in 2009 – believes “99 percent of her inspiration” comes from him as he has “always been her world”.

And Paris hopes she has as much strength as her father did.

Asked what one of her dad’s qualities she’d like to have, she added: “Definitely his strength. He was the strongest person I know and tried to do everything with a much love and kindness as possible.”

However, Paris has no plans to head into the studio or join the music industry like her father but she does write her own music as a way to get her feelings out.

Speaking to the 10th edition of CR Fashion Book, she said: “I write music for myself. I use it as a way to get stuff out. It’s not something I see myself following career-wise.

“There are so many amazing artists in my family. If I were to do it as a career, it would change how I feel about music and I don’t want that to happen.”

Meanwhile, Paris called her father a “legend” as she introduced The Weeknd and Daft Punk’s collaboration ‘I Feel It Coming’ at the Grammy Awards earlier this month.

She said: “A legend once said that a star can never die, it just turns into a smile and melts back into the cosmic music, the dance of life.

“The artist about to take the stage is a shining star whose cosmic style has embraced the very roots of music, from R&B to soul to hip-hop and now pop music. Joined by his genius collaborators and robot friends, Daft Punk, we have here tonight a real starboy. Ladies and gentlemen, please give a warm welcome to The Weeknd.”