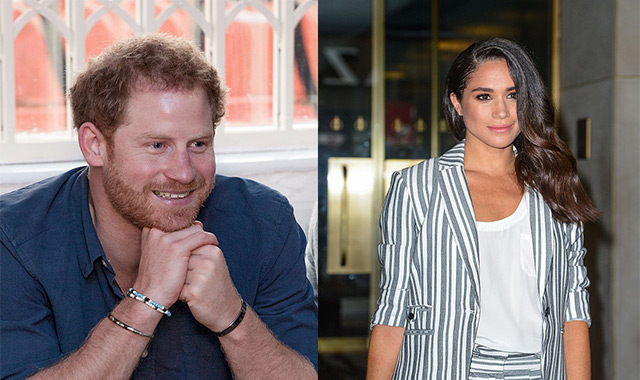 Prince Harry will get to spend more time with his girlfriend Meghan Markle over the next few months because his work is taking him to her hometown of Canada.

The 32-year-old royal’s hectic engagement schedule has meant he hasn’t got to spend that much time with his partner since they started dating last year but all of that looks set to change over the coming months as his work is taking him to brunette beauty’s hometown of Canada soon.

A source told The Express newspaper: “Harry has a lot on his agenda over the coming months but will be very hands-on with organising the Invictus Games. He will be working with the local organising committee to ensure that everything goes smoothly. He’s a huge fan of Toronto and has had nothing but support from everyone involved. Of course it will also give him a legitimate reason to spend more time with Meghan, he’s truly smitten.”

The Invictus Games, which is an international Paralympic-style multi-sporting event set up by the prince, will be held from September 26 until September 30 in Toronto, Canada, but the flame-haired hunk will also be required to attend a number of meetings in the run up to the competition.

He said: “The Toronto games are going to be, I am promised, the biggest and best Invictus Games yet, with more competitors, competing in more sports, in front of more spectators than ever before. 2017 will be your chance, your opportunity to salute those that serve your country; to salute those that put themselves in harms way so you don’t have to. I can’t wait to see how Canada embraces the games and rises to the challenge of telling Chapter 3 of the Invictus story.”

Meanwhile, Harry and Megan, 35, initially kept details of their relationship under wraps but they’re now willing to share it with the world after they were spotted walking hand-in-hand in London.