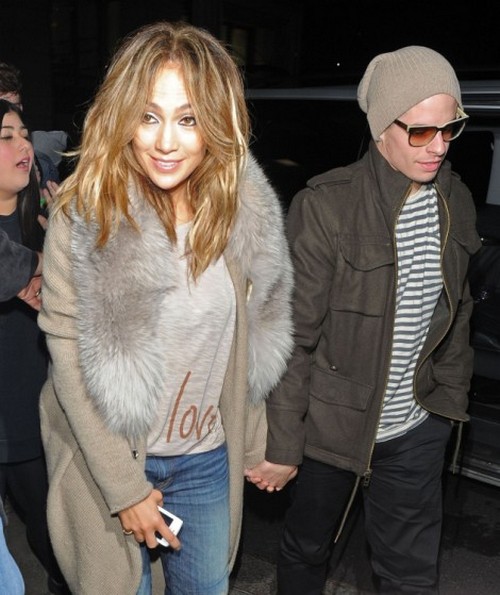 Have you caught a good look at Jennifer Lopez recently?  She’s up to something, I’d say. Photos that popped up right after her recent America’s Got Talent performance  have her face not exactly looking like her face. I’m going to cross my fingers and hope that she was caught at a weird moment because from what I see it looks like her eyes may never close!

Do you think Jen is resorting to plastic surgery and other cosmetic procedure’s? Let’s be real here. She’s not dating someone her age,. Casper Smart is this close to be twenty years younger than Jen.  That puts a ton of pressure on her to look young and stay as fresh as all the younger chicks that regularly hit on her man. That’s not an easy task, but if we’re headlong to a point where Jen can’t close her eyes and her forehead is frozen, well that crap is going to work against her fast!

Plus I just don’t think Casper insists that she look 25 as long as she continues lining his pocket and paying for his lifestyle! Jen would be better off dating a guy closer to her own age that is self made with his own money, don’t you think? I’m shocked that they’ve made it as a couple for this long, aren’t you?  One thing is for sure- Botox and injections or fillers won’t keep Casper around for very long.