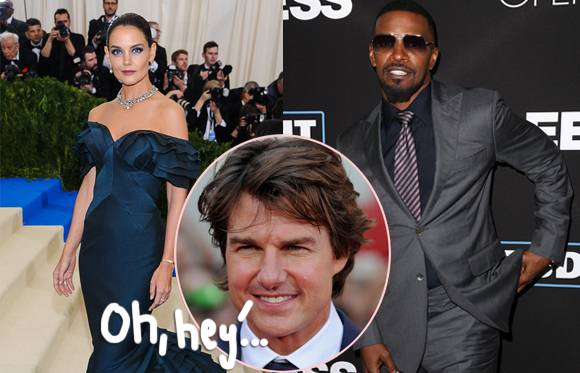 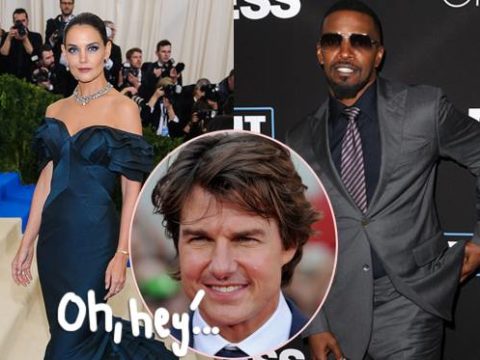 Talk about an awkward situation!

Katie Holmes and Jamie Foxx recently enjoyed a romantic trip to Paris, which just happens to be where the Dawson’s Creek alum’s ex Tom Cruise is busy filming Mission Impossible 6. And while the City of Lights is a huge metropolis, it’s said Katie and Jamie were mere blocks away from the Hollywood hunk at one point.

Related: Katie Is An A-List Fashionista At The Met Gala!

In fact, a source dished to E! News:

“Jamie wrapped filming on Robin Hood and Katie flew in to Paris to meet him for a few days. Tom Cruise was filming Mission Impossible 6 only a few blocks away, but Katie and Jamie stayed inside their hotel…and didn’t leave.”

Hot, hot, hottttt! In case you forgot, the 38-year-old and the Ray actor were first romantically linked back in 2013. However, as the twosome are incredibly private, they’ve never confirmed their romance and have only been spotted in public together a handful of times.

Although M:I:6‘s production wasn’t that far away, the love birds seemed to enjoy their getaway to Paris. Holmes and Foxx’s time in France was even extended as their initial return flight to the U.S. via private plane was canceled on Tuesday as there was something wrong with the aircraft.

But the rumored couple didn’t mind, as the insider revealed:

“Jamie had a big smile on his face as they returned to their hotel and snuck in through a private entrance. They were very discreet and made sure to always enter and exit the hotel and the car separately.”

Awwww. Still, Tom shouldn’t stress too much about running into Jamie and Kate as they shared a private jet back to the U.S. on Thursday morning.

We wonder how long these two are going to wait before making their relationship public?? *Sigh*

The Kardashians Are ‘Horrified’ By Rob Kardashian’s ‘Poor Judgement’ In Drama With Blac Chyna!