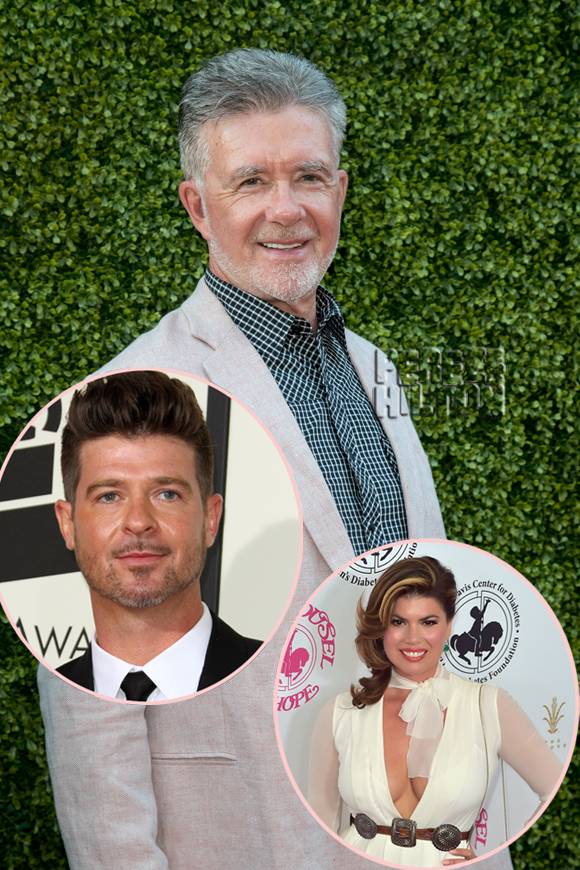 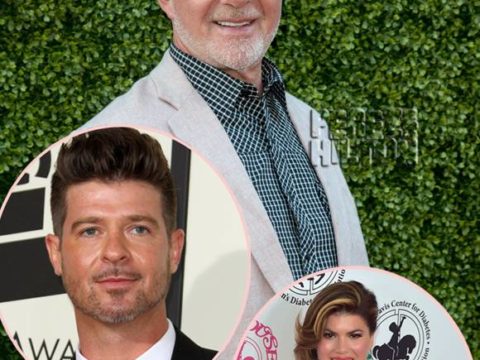 Alan Thicke‘s family is going to war over the late actor’s estate.

As you may recall, the Growing Pains celeb passed away suddenly in December after suffering from an aortic dissection. The industry vet was only 69-years-old.

Related: Aaron Hernandez’s Fiancée Has Doubts About His Suicide

While Thicke’s friends and family came together for his funeral and memorial service, it appears as though Alan’s eldest sons and widow are now feuding over the Canadian-born performer’s assets. In case you were unaware, Robin Thicke and his brother Brennan were named the co-trustees of Alan’s living trust. However, with great power comes great responsibility, as the Thicke brothers have since filed a petition against the TV personality’s third wife for using dirty tactics to try and get more money from the estate.

Reportedly, Tanya Callau has been threatening to create bad press for her stepsons if they don’t meet her monetary demands. Savage.

According to Brennan and Robin, they were forced to bring Miz Callau to court in order to “honor the memory of their father, protect his legacy, and prevent his testamentary intentions from being undermined by avarice and overreaching of his third wife, Tanya Callau.”

Drama, drama, dramaaaaa. The Thicke boys also defend that their father’s wealth was acquired long before Alan married Tanya in 2005. Not to mention, the Bolivian-born actress signed a prenuptial agreement too — a document which Callau is reportedly claiming is invalid.

“Now that Alan is dead, Tanya claims there are numerous problems with the Trust and the Prenuptial Agreement. Tanya asserts that there is no chance the ‘Prenup’ could withstand legal challenge and that she has very significant community rights in the Trust’s assets and rights of reimbursement with respect to improvements to the Ranch. Tanya also claims ‘Marvin rights’ asserting that she had to forgo opportunities to pursue and advance her own career in order to support Alan and be his companion and partner, including raising Carter.”

In case you forgot, Alan left his three children equal shares in the Carpinteria ranch, 75% of his personal belongings, and 60% of his remaining estate. Thicke made sure to take care of Tanya too as he bestowed her with the ranch’s furnishings, 25% of his personal effects, a $500,000 life insurance policy, and so much more.

Of course, Tanya has since clapped back at Robin and Brennan’s claims as her attorney noted in a recent statement:

“Tanya Thicke has never threatened to take private family matters public and she never has. It is clear that Alan’s sons have chosen this distasteful public smear tactic to bully Tanya, by stirring up the tabloid media, filing a bogus lawsuit, and refusing family mediation. Tanya is still grieving the death of her beloved husband and out of respect for Alan’s memory intends to handle his son’s false statements privately.”

TBH, the person we feel badly for is Alan’s youngest son Carter. We can’t imagine this in-family feuding is helping the 19-year-old get passed his poppa’s untimely death. Smh.