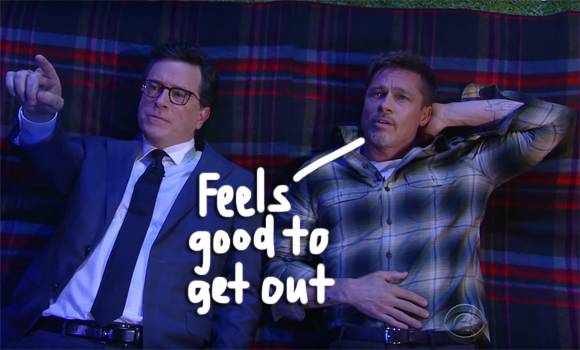 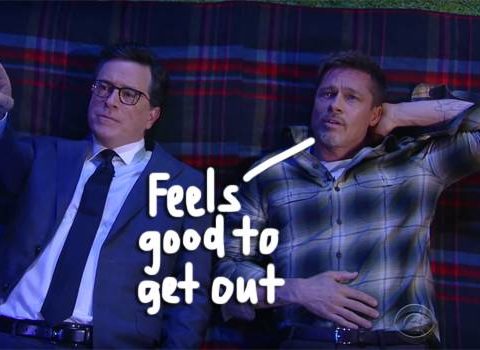 The actor joined Stephen Colbert for some stargazing in a hilarious appearance on Tuesday’s The Late Show, and things got extraordinarily deep.

Related: Brad Has ‘Nothing To Hide’ Following Angelina Jolie Split!

Admitting he hasn’t been out in a while, Pitt looked relaxed af contemplating life’s biggest questions with the late night host — like if there was life after death and how many times can they plug Pitt’s upcoming Netflix movie War Machine!

But there was another huge revelation uncovered during the chat: how does Brad respond when someone says he’s only an 8? (Answer: he actually gets quite emotional.)

Ch-ch-check out the profound discussion (below)!

12 Of The Most Romantic Real Life Celeb Love Stories!

Murder! Fraud! Assault! These Are The Biggest Scandals Reality TV Stars Have Ever Gotten...