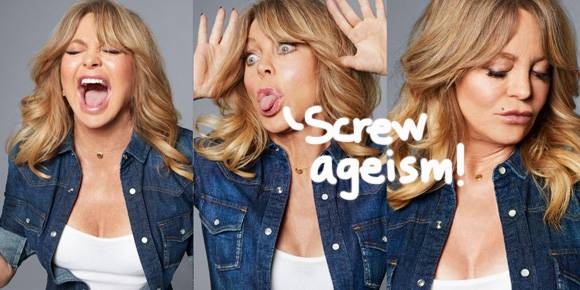 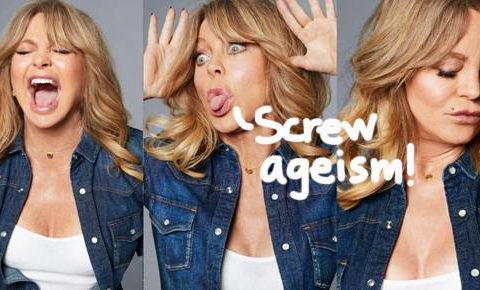 The veteran actress is in the latest issue of Harper’s Bazaar, goofing off in the photos and looking AH-Mazing at 71!

Related: Snatched Is A Surprise Hit

Doesn’t she seem so much younger???

But even as she was having fun, Kate Hudson‘s momma was also unafraid to tackle more serious issues.

Speaking on ageism in Hollywood, she said:

She also recalled working on The First Wives Club, and how studio execs were worried three female stars wouldn’t be able to equal a big payoff at the box office.

Well, studios were wrong as that movie went on to gross $180 million worldwide!

Goldie also admitted she had so much fun working on Snatched alongside Amy Schumer after taking 15 years off, and that there might be more films in her future.

“A break from anything we do sometimes is a good thing. And I forgot how much fun it was. I forgot about the perks. Three months in the best hotel ever, looking out at the water. When I had to pack up and leave, I shed a tear. We held each other on our last shot and we cried. I came out of that going, ‘Yeah, I could do it again.'”

As for what the future holds? The actress is leaving her options open. She said:

“There’s so much to say about the decades I’ve lived through. I’ve never gone the normal route, whatever that is. If it even exists.”