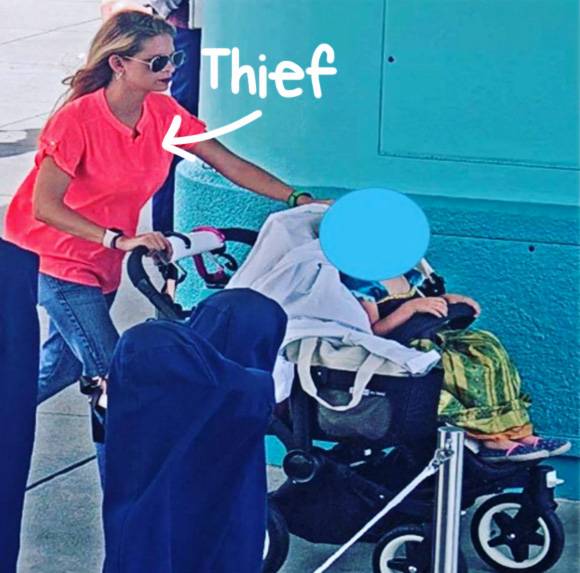 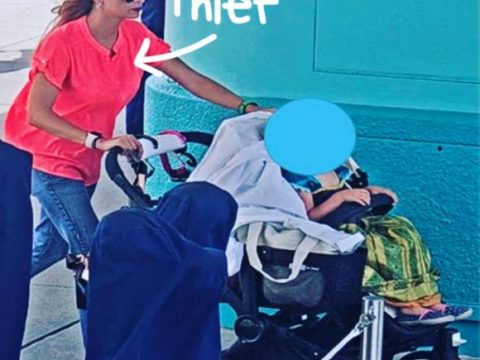 The curious case of the stroller thief!

You gotta be a real jerk to steal someone’s stroller and then try to sell it online. Some people, man. SMH.

One woman, Lauren Collazzo, of Miami, FL had this happen to her during a family trip at Walt Disney World in Orlando. She had stowed the stroller in one of the many stroller parking lots around the park, but upon her return found the Buggaboo gone with all of her valuables, including her wallet, car keys, and her niece’s Epipen.

“I was there with no money, stranded. My husband had to fly over from Miami that same day, catch the first flight available to rescue me and my family.”

Security guards were able to find the thief via security footage. Collazzo and her husband took a screenshot (below) of the footage and posted the picture to a Disney Club Facebook group to try and find the woman responsible.

“I took that picture and posted it on social media, and through the power of social media [I] made it go viral. And I was able to obtain information on who this person is and actually see the post of my stroller being sold online.”

Through the post, Collazzo found that her stroller had already been sold to a woman in Texas named Thalia Rogers. Rogers had bought the stroller through a Facebook group and quickly realized that it had been stolen. She had already paid $500 for it.

“[The thief] somehow, I guess, found the post that Lauren [Collazzo] had posted, and I don’t know if she freaked out or what happened, and she called us and said send it back to her. So, I didn’t even get the stroller.”

The thief essentially intercepted the UPS delivery to reclaim the stroller.

Rogers got in touch with Collazzo, and detectives were able to get an arrest warrant for Michelle Craig, also a Florida resident, who is currently under investigation for the thefts of other luxury strollers from the park. Craig has turned herself in to the Hernando County Sheriff’s Office. She faces the charge of Grand Theft.

What a whirlwind! Thank goodness for those Facebook groups and people helping each other!

P.S. Keep your wallet and other valuables with you at all times.