Celebrities Latest
Home Celebs You Can Thank Emma Stone For Setting Up Taylor Swift With Her... 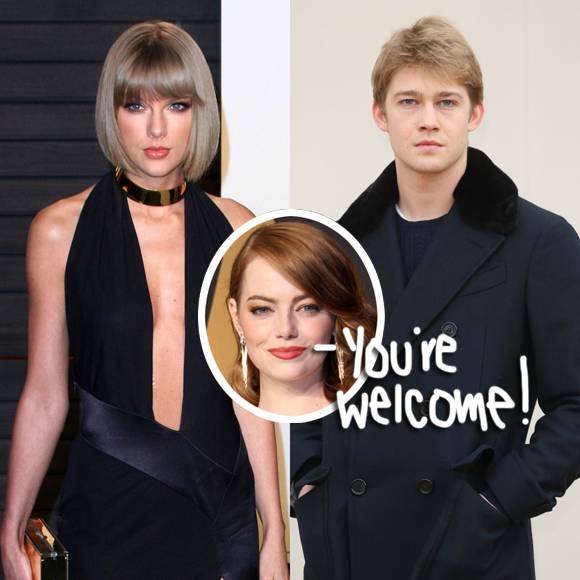 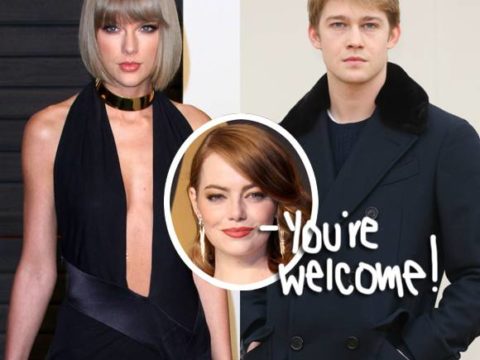 What are friends for if not for setting you up with a hot new man???

Obviously plenty more, but Taylor Swift can apparently thank Emma Stone for introducing her to her new British beau!

As we previously reported, the songstress has been secretly dating Joe Alwyn for months and has even rented an apartment in London just to be closer to her new man.

Related: Taylor Is “Bummed” News Got Out About BF Joe

Well, just as we suspected, the award-winning artist was introduced to the actor by Emma, who just finished shooting The Favourite with the 26-year-old up-and-comer.

Meanwhile, a friend and former classmate of Joe’s, Jordan Bunton-Williams, told MailOnline about just how charming the Brit is:

“He’s very charismatic, he’s what I refer to as a quintessential panty-dropper. Your classic prince charming.”

“Women want to throw themselves at him. It’s the way he holds himself. But to a certain extent he was married to his work. He caught the eye of certain people in our class until they realised he was so married to his work. He’s very hardworking, very down to earth, very diligent and very gregarious. A very nice spirit to be around.”

Sounds like Taylor has found herself quite the catch, and if he’s good enough for Emma to even introduce him to her, that’s got to be another good sign as well!

You Can Thank Emma Stone For Setting Up Taylor Swift With Her New BF Joe Alwyn!