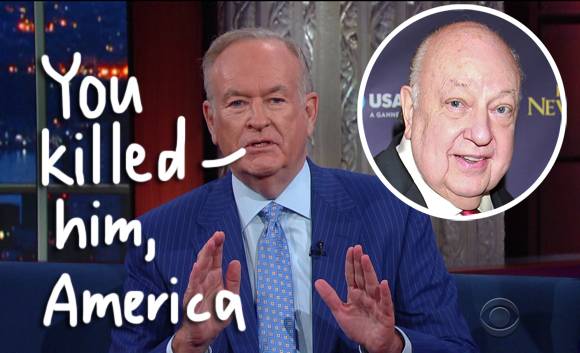 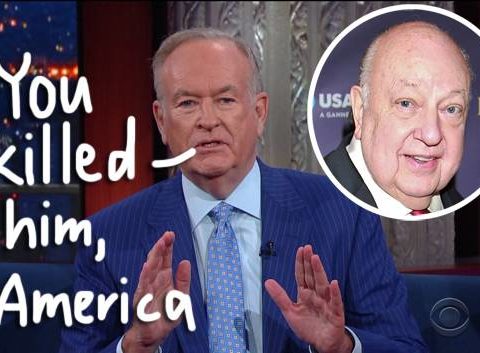 Some would say Roger Ailes didn’t have much to live for after last year’s career-ending sexual harassment scandal.

A coroner’s report determined Ailes died on Thursday after an earlier fall caused a bleed in his brain — however, O’Reilly is has a more controversial theory.

The political pundit wrote an obituary for Ailes in a USA Today op-ed, in which he blamed the technology-driven “hatred” of today’s America for killing the former CEO of the cable news network.

“We are living in a rough age, with technological advances changing behavior and perspective. The downside of that is turning us into a nation where hatred is almost celebrated in some quarters. Roger Ailes experienced that hatred and it killed him. That is the truth.”

Okay, Bill. We’re surprised you didn’t publish this on Breitbart…

Like Ailes, O’Reilly left Fox News following a wave of sexual harassment allegations, which he claimed were the workings of an “organized left-wing cabal” bent on sabotaging his career.

The passionate reporter says Ailes was also a victim to the same type of media ambush that sparked instantaneous mass outrage and, ultimately, led to the downfall of his health. He explained:

“Roger was convicted of bad behavior in the court of public opinion, and it was painful for many of us to watch. He, himself, was stunned and never really recovered.”

There you have it, America: WE killed Roger Ailes. A no-spin second opinion from Dr. O’Reilly.*

*Bill O’Reilly is neither a doctor nor does he play one on TV. Or anything else on TV. He’s not on TV anymore.