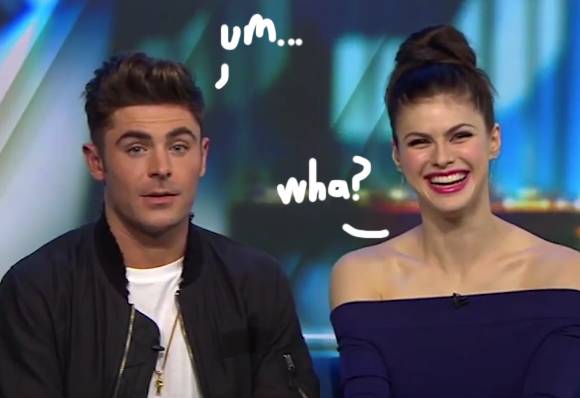 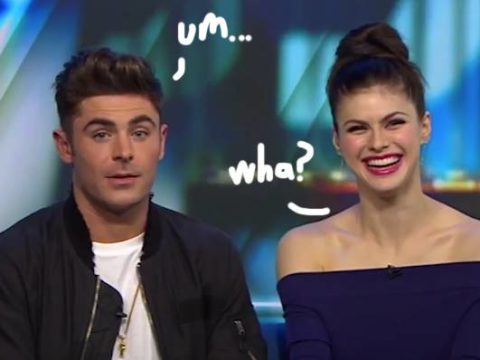 Once again, Baywatch stars Zac Efron and Alexandra Daddario are being asked about their rumored relationship, and once again they don’t do the best job denying.

Early in the Friday interview on Australia’s The Project, when discussing their extreme beach body diets, Zac explains how cutting carbohydrates completely would cause cravings for “the weirdest things.”

“Like, you’re laying in bed and you haven’t had carbohydrates in five days, and you’re just like, I really want…”

And then they almost perfectly simultaneously say “fried pickles.” Inneresting…

And later on in the interview, they’re in sync again — as they’re both taken aback by an anchor straight up asking if there’s anything going on between them!

“Nothing but our shared love of…”

And Alexandra finished the sentiment, saying:

Ha! Whether the romance is real or not, they have got to get better at answering this question!

Ch-ch-check out the full interview as they talk nostalgia, President Dwayne “The Rock” Johnson, and on-set kissing (below)!