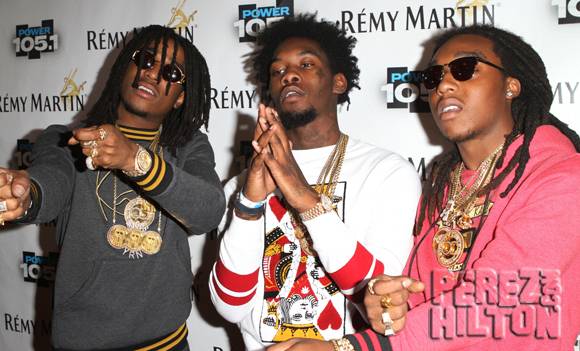 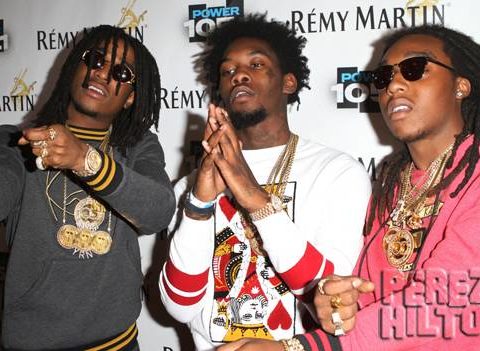 This is so disappointing…

On Saturday, Katy Perry was the musical guest on Saturday Night Live where she performed Swish Swish, as well as Bon Appétit with Migos.

While her first performance featured several NYC-based drag queens (some of who appeared on RuPaul’s Drag Race), the second one didn’t. Apparently, the rap trio flat out REFUSED to work with them!

According to World Of Wonder (the production company behind Drag Race), some of the queens were told to leave as Migos didn’t “feel comfortable” performing alongside them.

“I was one of the performers on that table with them the whole time, during the rehearsal for 3 days. On the day of the filming, when I got there, I was told to leave. I wasn’t on the set at the time, but we were asking what happened. They said it was because Migos doesn’t feel comfortable with having drag queens there.”

According to an SNL staffer, the queens weren’t even invited to the afterparty!

“I work at SNL and the rumors are true! Migos held up rehearsal because they ‘weren’t comfortable with the drag queens’ being there. There were initially more drag queens on the set for that song, but after Migos threw a fit, Katy Perry’s team removed some of the queens from the performance. Additionally, Katy Perry didn’t invite any of the queens to the afterparty… So, none of them were allowed in.”

This isn’t the first time the Bad and Boujee musicians have been accused of homophobia. Back in February, group member Quavo bashed gay rapper iLoveMakonnen in an interview with Rolling Stone. The group later issued an apology.

If you watch the video (below), you will see that only a few queens made it to the final performance, and they are seated far away from the rappers:

Kelly Clarkson Shuts Down A Body Shamer Who Dared To Call Her ‘Fat’ —...