Celebrities Latest
Home Celebs Woman Kicked Out Of Pool Because Her ‘Curvy’ Body Was Deemed ‘Too... 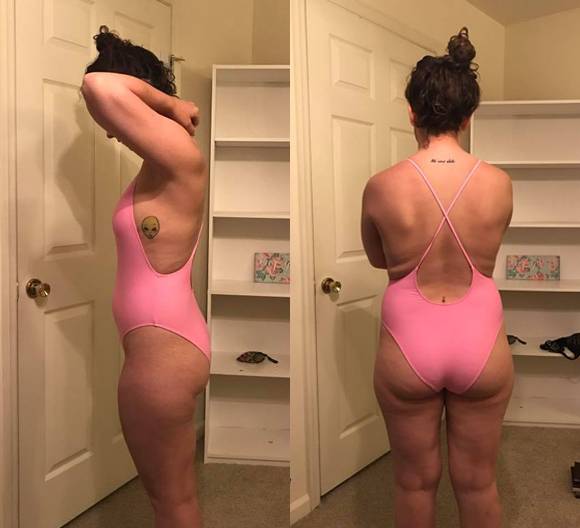 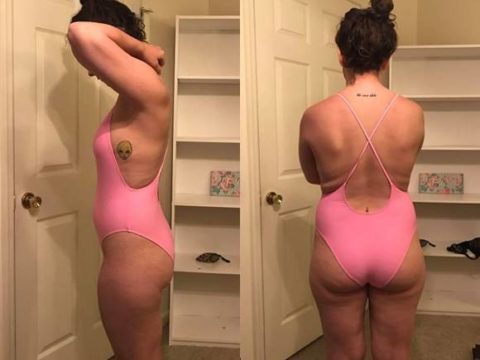 This is just unacceptable.

Earlier this week, a Tennessee woman named Tori Jenkins was shamed at her apartment’s swimming pool over the bathing suit she chose to wear — and her own “curvy” body!

According to the woman’s fiance Tyler Newman, Miz Jenkins was asked by a manager to cover up or leave the pool area because her one piece was supposedly too scandalous and could potentially “excite” teenage boys.

We’re sorry, WHAT??? Alongside snaps of the very conservative bathing suit Tori chose to wear (above), Newman revealed on Facebook:

“Today my fiancée was faced with either changing her bathing suit, covering up with shorts, or leaving the pool that we paid a $300 fee to maintain on top of a monthly rent of nearly $1000 (not including utilities and wifi). Tori was accused of wearing a ‘thong bathing suit’ and told there were complaints about the way she was dressed after roughly 3 minutes tops, of us arriving there. We both kind of sat there in disbelief around five of our friends, some of which are residents and some not.”

Being a reasonable person, Tori decided to take up the issue with the complex’s leasing office. Sadly, the woman was met with more misogyny.

“So, Tori decided to go to the apartment office, which I regret not accompanying her on, and address the issue politely and calmly with the leasing consultant about the situation in a more private setting. In the office, the leasing consultant (who, for now, I will not name) insisted upon letting Tori take her picture to show ‘how inappropriate’ her bathing suit was, and instructed her to look into a mirror at her own body. When my fiancée replied with ‘I know what I look like, I bought this myself, it’s not a thong’ the consultant told Tori that if she didn’t have kids herself, she wouldn’t understand. She was told that the leasing consultant wouldn’t want her own kids around Tori.”

WTF?? How does this consultant not realize this is harassment?? Smh. Despite trying to reason with those in charge, Tori was met with further insult and degradation.

Related: Jennifer Lopez Has The Best Clapback For Haters Who Think Her Abs Are Photoshopped!

“When Tori explained that yes, she does indeed have a larger butt than a lot of people, and that 95% of the things she wears ride up when she walks, the woman told Tori that a ‘normal bathing suit covers your entire butt’ and again deemed my fiancée’s body inappropriate. Tori, however, refused this because there are obviously different types of bathing suits. She was told I wasn’t allowed to spray tanning lotion on parts of her body that she can’t reach because the consultant insisted that she could reach them herself. She was told that her body, because it’s built more curvy than others is ‘too inappropriate’ for children to be around. She was told ‘there are a lot of teenage boys in this complex, and you don’t need to excite them.'”

Her body is built too “curvy”? Body shaming? Really??

We’re sorry, but it isn’t a woman’s job to make sure teenage boys don’t get riled up. Perhaps boys should learn at a young age that women aren’t alive to service their needs.

While some people have criticized the couple for their take on the situation, others have been incredibly supportive. Tori noted in a follow up online:

“I’m really amazed by all of the overwhelming support I’ve received.”

We’re honestly so appalled by this story and suggest Tori and Tyler look into getting a new apartment. Be sure to read Tyler’s full account of what happened HERE!

Woman Kicked Out Of Pool Because Her ‘Curvy’ Body Was Deemed ‘Too Inappropriate’ For Teens To Be Around!