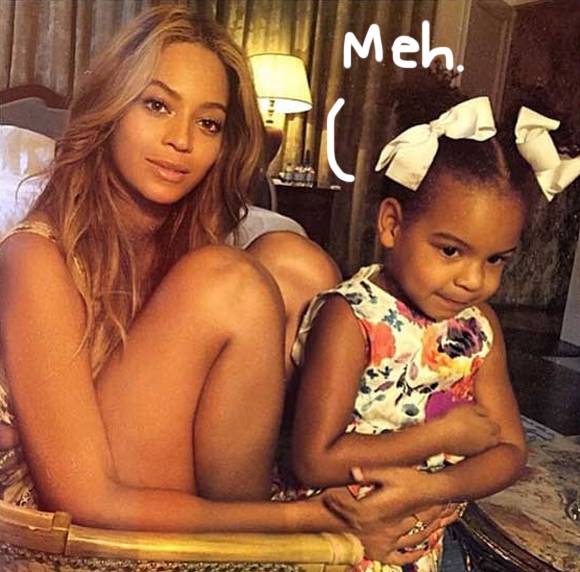 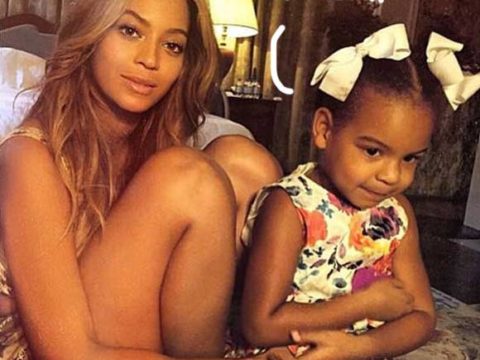 So if you hadn’t heard, a rumor came out a couple days ago that JAY-Z and Beyonce had chosen some very legacy names for their twins.

We didn’t report on it because right now, it’s just a rumor without any solid sources.

But now that two names, real or not, are out there, fans are reacting — and we’re curious if our Perezcious readers feel the same way as most of Twitter!

Related: Update On Beyoncé & JAY-Z’s Twins And The Health Issue They’re Dealing With

So what are the names already? Shawn and Bea.

That makes them both kinda named after their parents. It’s just so… we don’t want to say pedestrian. But we expected more from Jay and Bey. And so did fans!

See the most underwhelmed reactions (below)!

@Bey_Legion can you comment on this Bea and Shawn rumor? i can’t believe those are the names she would choose
— PLNTGAL ? (@sarathesprout) June 23, 2017

The blogs are saying Beyoncé named the twins Bea and Shawn. If this is true, I’m going to be heartbroken.
— zoom❕ (@_imcountry) June 23, 2017

Shawn and Bea.
It’s cute or whatever but I was hoping for some colors or inanimate objects like chair and chain
— LeVoncé (@__Levonce) June 22, 2017

I stg if the Beyoncé rumours are true, imagine having a family with names like Jay Z, Beyoncé, Blue Ivy and Bea and you’re called Shawn?
— your average wain x (@MurrayWalker15) June 22, 2017

If the carter twins really are called Shawn are Bea I’m gonna scream who the fuck names both their twins after themselves…..
— ellie (@startoftimes) June 23, 2017

What do YOU think of the rumored names??