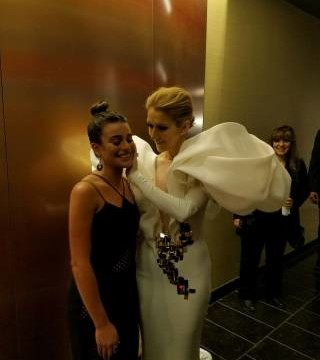 Forget the fact that his health care replacement is shaping up to be catastrophically worse than Obamacare, OR that the White House just claimed Syria is planning on launching another chemical attack.

POTUS is still eyeing a victory — because everyone’s favorite “fake news” outlet CNN was just forced to retract a story!

On Monday, three CNN journalists resigned after the outlet claimed Trump transition team member Anthony Scaramucci was being investigated for ties to a Russian investment fund, which turned out to be false.

Related: Trump Claims Obama Was The One Who ‘Colluded Or Obstructed’ With Russia!

Following the scandal, CNN retracted the story and issued an apology to Scaramucci — who accepted, tweeting “everyone makes mistakes.”

Of course, one individual was lapping this news up like a White Russian: President Twitter-fingers, who had a straight up FIELD DAY tweeting about the “failing!” outlet’s journalistic error.

Wow, CNN had to retract big story on “Russia,” with 3 employees forced to resign. What about all the other phony stories they do? FAKE NEWS!
— Donald J. Trump (@realDonaldTrump) June 27, 2017

Donny then took it a step further and retweeted a trollish meme before firing off more unsourced claims about “big management changes” looming over the network:

He also didn’t forget to group his other biggest news nemeses in with the scandal:

So they caught Fake News CNN cold, but what about NBC, CBS & ABC? What about the failing @nytimes & @washingtonpost? They are all Fake News!
— Donald J. Trump (@realDonaldTrump) June 27, 2017

Okay, relax now. You were almost chill about this for a second.

Leave it to Trump’s ego to ruin his chances of finally being right about fake news.

CNN Just Retracted A False Story & The President Is L-I-V-I-N-G For It! But, Of Course, He Takes It Too Far…

Quentin Tarantino KNEW Harvey Weinstein ‘Did A Couple Of These Things’ — Read His...

Are You Fake On Social Media?