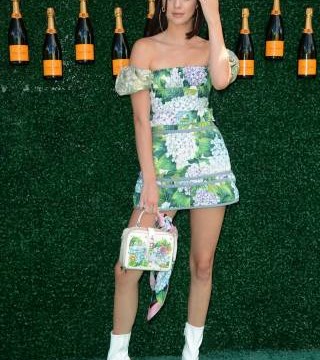 Halle Berry was going to make a comeback with a role in the Kingsman sequel, but instead she gon’ die of alcohol poisoning. RIP, gurl.

Srsly, though, who knew the X-Men star could put away so much liquor??

When shots of celebratory bourbon whiskey were handed out to the Kingsman: The Golden Circle Comic-Con panel, Channing Tatum got a little too generous with Halle, pouring his costar a pint glass instead.

Video: The Latest Trailer For Kingsman 2: The Golden Circle Is American AF!

And after Jeff Bridges and moderator Jonathan Ross egged her on, girl showed everyone what she throw it back with the best of them! (We’re just glad we won’t be there for the comeback, if you know what we mean!)