Celebrities Latest
Home Aaron Carter R. Kelly Reportedly Manipulates His ‘Victims’ By Getting Them Dependent On His... 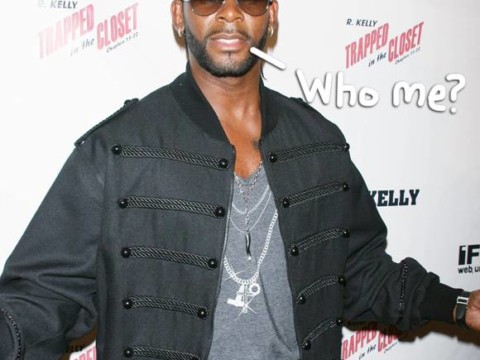 R. Kelly may or may not be a sex cult leader, but he sounds manipulative AF.

Or, at least, that’s the impression we’re getting following the latest report on his “cult” drama. As we previously reported, the Ignition singer has been accused of being the “puppet master” behind an abusive sex cult where six young women are under his control at his Atlanta and Chicago homes. Yuck.

While the hitmaker and one of his alleged victims have denied the slanderous accusations, more details have emerged about Kelly’s bizarre romantic life. Reportedly, the 50-year-old doesn’t actually hold anyone hostage, rather he gets his “victims” addicted to the lavish life so they don’t want to leave. *Shudders*

This is a claim a family member of one of the hostages is making. According to TMZ, one of the women met R. Kelly backstage during a concert and communicated with the songwriter for six months before being invited to live with him. An invitation the unnamed lady accepted. It’s said the supposed victim was 20 years old when she settled into Kelly’s residence last year.

Despite the hostage rumors, this woman’s family says their loved one has been allowed to leave Kelly’s Illinois and Georgia homes — and has done so on MANY occasions. The A-lister even lets the woman fly unaccompanied and out of state in order to visit with the family.

Regardless, the woman never stays more than a week and refers to the chart topper as “her man.”

Per the fam, the victim (?) stays with Kelly as he gifts her with lavish experiences, such as trips to Beverly Hills for shopping sprees, spa days, expensive handbags, lingerie, etc. Apparently, Kelly makes it no secret that he “wants to shower them in luxury.”

While this family doesn’t think their girl is being abused, they have called out the industry vet over his “calculating, methodical process to groom naive girls.” Oh, and they confirmed that Kelly takes the ladies’ cellphones.

In short: Kelly might not be physically harming these girls, but he’s using psychological tactics to keep them dependent on him. Gross.