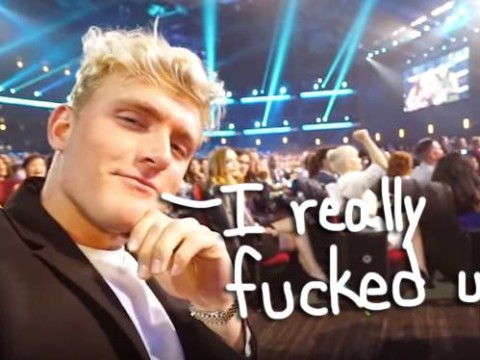 Boy, the timing here sure is curious…

In statements released late Saturday, YouTube star Jake Paul and the Disney Channel mutually announced that they are parting ways, and he will no longer be part of Bizaardvark any more.

Related: Get A Sneak Peek Of Talk The Prank With Jake & Logan Paul

This couldn’t be because Jake is literally everything that’s wrong with YouTube could it?!

Or that he has a little problem with his neighbors and may be facing eviction for acting like a jackass?!

Hey, who knows — but again, the timing of this announcement is very, very curious.

Here’s how Jake shared the news (below):

Love you all! Thanks for the support❤️

Can’t wait to continue to grow and conquer??

And from a Disney spokesperson (below):

“We’ve mutually agreed that Jake Paul will leave his role on the Disney Channel series Bizaardvark. On behalf of the production company, the cast and crew, we thank Jake for his good work on the TV series for the past 18 months and extend our best wishes to him.”

Fortunately, the internet isn’t falling for this bullshit as you can see (below):

when Jake Paul got fired from Disney but walks around acting like he quit pic.twitter.com/iXXl4Myr7B
— tati (@rauhIss) July 23, 2017

jake paul trying to playing it cool that he just got fired from disney pic.twitter.com/hGveKjjGkR
— brooke 🙂 (@dolansfordaze) July 23, 2017

jake paul: iTs eVerYday bRo wiTh tHat dIsnEy chANnel FLoW

When Jake Paul got kicked off Disney but is going around saying he quit pic.twitter.com/ttcTuAitKV
— The Create Hat (@TheCreateHat) July 23, 2017