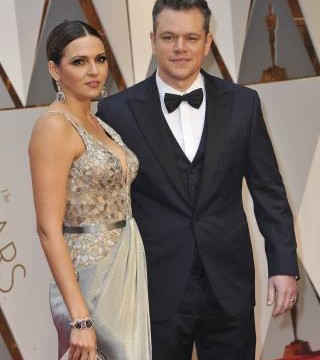 It’s a nice day for a… high wedding.

Marijuana legalization has opened a pandora’s box of exciting new, weed-themed activities and excursions — and it was only a matter of time until the wedding industry got in on the celebration.

Earlier this week, Bloomberg released an article about how weed weddings are quickly budding into a popular trend for couples who want their friends to actually enjoy their big day. The internet became high with thoughts.

Video: Aubrey Plaza Lights Up With The Weed Nuns!

Naturally, people were quick to chime in on the subject. While most were in favor, some made it clear they would regretfully decline an invitation to a weed wedding, and others had some burning questions.

Would YOU be down to thrown a weed wedding? See what people are saying about the new trend and cast your own vote (below)!

my favorite part of this entire article is that the unity candle is replaced with a two sided pipe for the couple to smoke out of pic.twitter.com/9XVnloGId1
— Polly Mosendz (@polly) August 1, 2017

my question is whether they break a bowl to consummate a jewish weed wedding
— Samuel Rubenfeld (@srubenfeld) August 1, 2017

People in poor communities are in jail for weed possession.
Rich white people get wedding profiles about it. https://t.co/B18B4u550w
— Beth Elderkin (@BethElderkin) August 3, 2017

At this rate, there will be wedding weed cakes pic.twitter.com/tBJgBC9Rlt
— Jeff (@JayJazzi) August 3, 2017

What do you think?

VOTE: Open Weed Bars At Weddings Are Becoming A Thing & People Are Pretty Lit About It — Would YOU Do It?