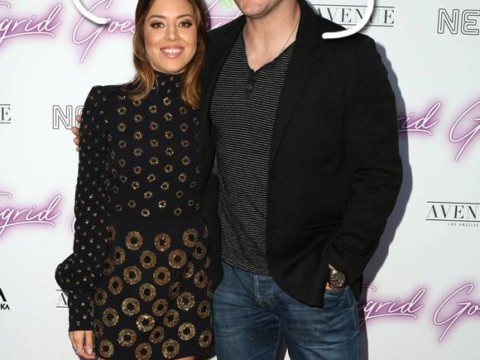 If you’re as big a fan of Chris Pratt and Anna Faris as we are, you can’t stop wondering… WHAT HAPPENED!?!

In searching for answers, People found a couple eyewitnesses from the last public event attended by Pratt, just two weeks before the heartbreaking announcement the two were separating.

VOTE: Who Wore It Better — Aubrey Plaza Or Elizabeth Olsen??

Onlookers said Pratt appeared in “great spirits” at the SVEDKA Vodka-sponsored event (see pics above), and that he “was friendly, outgoing, and playful” at the afterparty.

“I was surprised by how he looked to actually be having fun, and that he was there voluntarily.”

“Voluntarily?” That’s a low bar. We guess that witness thought it was an industry-mandated thing and not a friend showing support?

Hmm. Was the decision made all the way back then? Or was he putting on a brave face through the pain? We do know that Chris is a pretty damn good actor.

Related: Anna Faris Got REAL About The ‘Loneliness’ Of Playing A ‘Public Character’

The source noted one odd bit of behavior at the event:

“He said no to pictures though, which is weird because he always likes to take photos with fans. But he was in great spirits and was mingling with everyone he knew, like Amy, Aubrey, and that whole crew. They were together the whole night.”

Leaning on friends. That’s the way to do it.

Do you think Chris and Anna had already made their minds up by then?