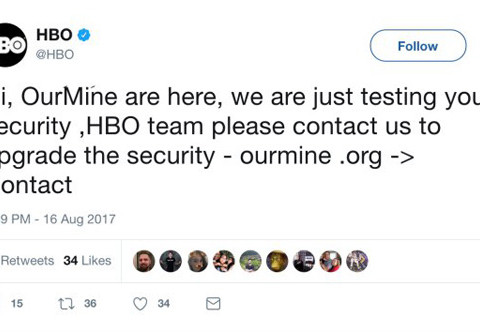 This war among men means nothing — because our beloved premium cable network is still under siege!

On Wednesday night, more hackers attacked HBO by taking over several network Twitter accounts, including the Game of Thrones account.

The hackers identified themselves as OurMine, a security hacker collective known for breaching high profile internet accounts to advertize their services.

It seems like their latest hit on the channel’s accounts were just that. They cheekily wrote:

However, OurMine doesn’t appear to be the group behind the recent string of leaks HBO has suffered. This collective is reportedly unrelated from the group that recently demanded a ransom from the network to avoid the leak of more shows.

HBO seemed confident in its response to the leaks, but it’s looking more and more like the channel seriously needs to fortify its network.