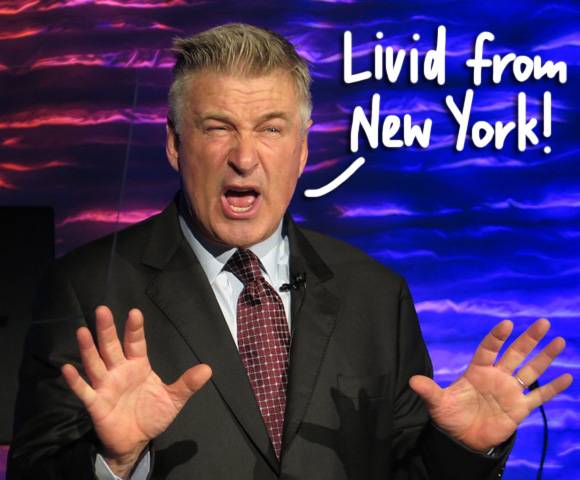 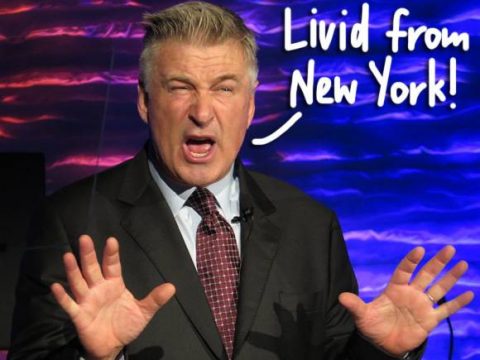 Thanks to his Emmy-winning Donald Trump impersonation, Alec Baldwin is now regarded as a voice of reason in these turbulent times.

But just like POTUS, the Saturday Night Live regular is still prone to occasionally flipping his lid. Page Six reports that Baldwin had another one of his signature meltdowns earlier this week!

A witness told the outlet that the 30 Rock star was seen on the streets of New York City in a heated exchange with a presumably reckless driver that involved name calling and drink-throwing. How Bravo of him!

The pedestrian, who noticed the actor after the incident had already begun, recounted:

“Baldwin called the driver of a big black SUV ‘a meatball’ and kept asking him and the passenger to get out.”

Meatball?! Well, that’s a step up from homophobic slurs — guess he learned his lesson??

The source said that when the people in the SUV wouldn’t get out, the 59-year-old “got out his phone and started videotaping them.” And he didn’t stop there, added the witness:

“They pulled away right after, and he took a pic of their license plate and threw his extra-large drink in the street. Then he just went on his angry way.”

Baldwin has yet to comment on the issue, and we don’t expect him to. The president, on the other hand, will probably tweet about this around 4 a.m. sometime this weekend.