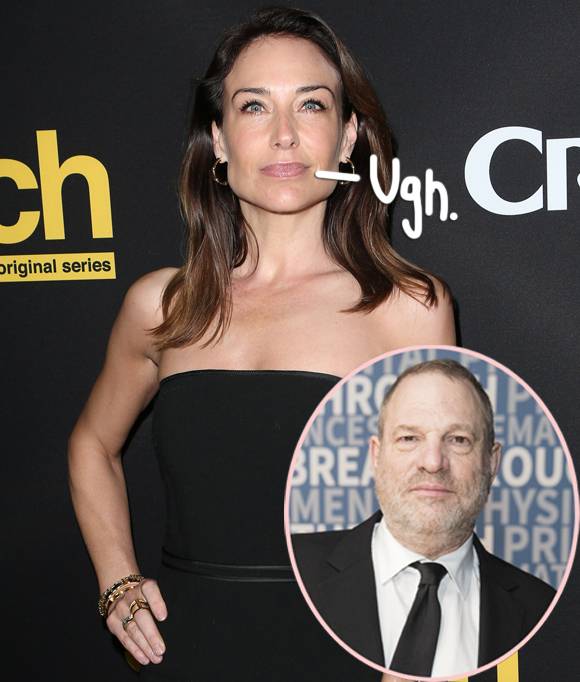 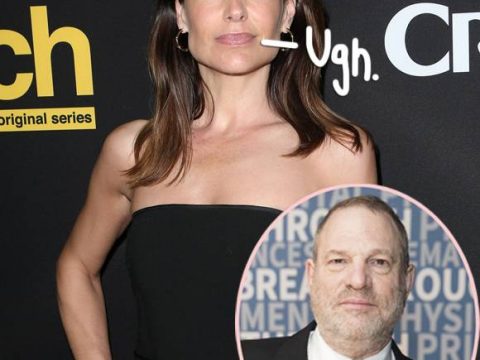 The list of women Harvey Weinstein has harassed grows by the day.

On Thursday, actress Claire Forlani took to Twitter to reveal that she escaped sexual harassment from Weinstein on FIVE different occasions. How awful!!!

The 45-year-old, who appeared in the Miramax-distributed Boys and Girls, shared with her followers:

“You see, nothing happened to me with Harvey — by that I mean, I escaped 5 times… I had two Peninsula Hotel meetings in the evening with Harvey and all I remember was I ducked, dived and ultimately got out of there without getting slobbered over, well just a bit. Yes, massage was suggested. The three dinners with Harvey I don’t really remember the time period, I was 25. I remember him telling me all the actresses who had slept with him and what he had done for them. I wasn’t drinking the cool aid [sic], I knew Harvey was a master manipulator. He also announced to me at the last dinner I had with him at Dominic’s that his pilot knew to be on standby because he could never get me to sleep with him, to which I did what I always did, make light of the situation, a joke here or there and moved on. You see, I always thought I was a pro at handling these guys, I’d had a fair amount of experience. Sometimes I got angry, really angry. I wondered why I had Prey stamped on my forehead but this I kept to myself.”

Although the Meet Joe Black star wanted to speak out against Weinstein for Ronan Farrow‘s New Yorker piece, she ultimately decided not to comment for the story. Why?? Well, because, her friends advised her not to.

The Meet Joe Black star definitely regrets not speaking with Farrow, as she continued:

“[Farrow] didn’t mention that it was about Harvey but when I received the email I instinctively knew it was going to be. I told some close men around me and they all advised me not to speak. I had already told Ronan I would speak with him but from the advice around me, interestingly the male advice around me, I didn’t make the call. Today I sit here feeling some shame, like I’m not a woman supporting other women. I just read Mira Sorvino’s article in Time and she writes of how scared she was to speak out and participate. I take little solace in that.”

We’re just proud that Claire is speaking out now. Sadly, Forlani’s experience with Weinstein isn’t the only negative one she has faced in Hollywood.

Per Claire’s statement, she had another “disgusting” encounter with a director who harassed Thandie Newton. She added:

“I remember when Thandie Newton spoke out about a director that I had also had a disgusting experience with and I felt scared even reading what she said publicly about him, thinking, ‘Damn, she’s gonna get crucified for that. ‘Yet I was in awe for her bravery and balls, she was a female crusader, modern suffragette and I loved her for it. But I also knew I didn’t have those balls, too scared of the repercussions this was because when you did react or tell a man to shove it, there were always repercussions. I was punished when I was brave. So I learned to let it go and carry on.”

Don’t be so hard on yourself, Claire! There’s no easy way to take on a predator.

Hopefully, there are enough admissions that have come out to solidify the indie movie mogul’s excommunication from Hollywood. Fingers crossed.

Be sure to check out Claire’s entire statement for yourself (below):