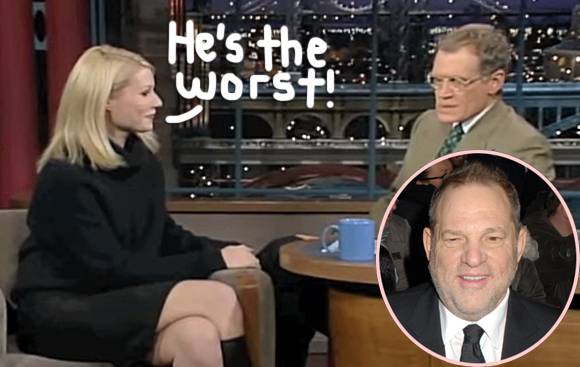 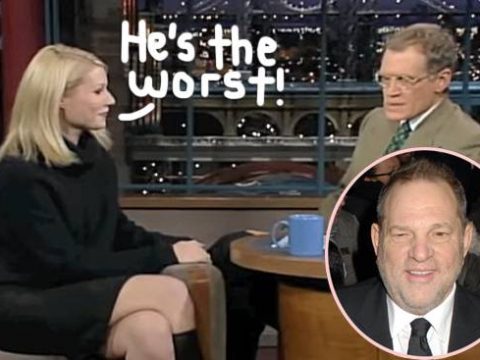 Did Gwyneth Paltrow try to out Harvey Weinstein back in 1998??

Thanks to a dug up Late Show clip, it appears the blonde actress took shots at the movie mogul’s bullying ways while chatting with David Letterman almost two decades ago. Whoa!!

During her sit down with the funny man, the A-lister made it perfectly clear that she was pressured to delay her Thanksgiving plans and appear on the chat show per Harvey’s orders. When asked by Letterman if someone had “coerced” her to be there, the Emma actress laughed and quipped:

“Do you count Harvey Weinstein as a coercer?”

“I do all my movies for Harvey Weinstein, that’s Miramax for all of you. And I’m lucky to do them there, but he will coerce you to do things.”

This uncomfortable footage has resurfaced following Paltrow’s admission that Weinstein sexually harassed her when she was only 22. Sadly, Gwyn isn’t Harvey’s only victim as at least 30 women have come forward to detail their unsavory experiences with the disgraced producer — including Angelina Jolie, Cara Delevingne, Ashley Judd, etc.

The 65-year-old has since left for an Arizona rehab facility amid his sexual misconduct scandal. While the industry titan is hopeful for a second chance, we have a feeling his career in Hollywood is O-V-E-R.