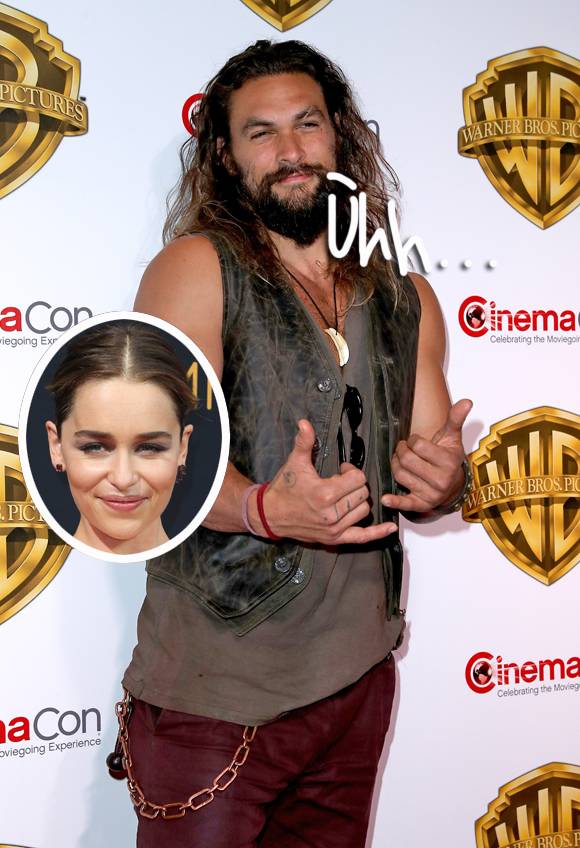 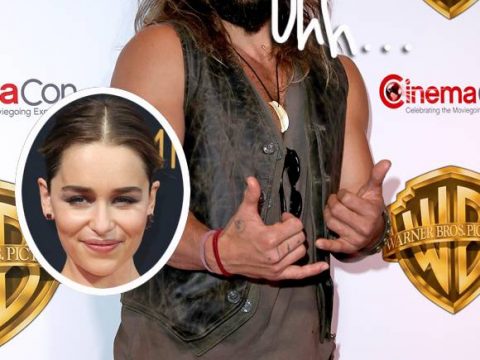 Harvey Weinstein isn’t the only one getting exposed!

In addition to Ben Affleck being called out for groping Hilarie Burton, it turns out his Justice League costar Jason Momoa will also have to face his past.

The actor is trending on Twitter on Thursday after a clip of him at 2011’s Game of Thrones panel during Comic-Con resurfaced. Talking to the crowd alongside Emilia Clarke, Kit Harington, and more of the cast, he slips in a “joke” about rape:

“But as far as sci-fi and fantasy, I love that there’s so many things you can do, like rip someone’s tongue out of their throat and get away with it … and rape beautiful women.”

For those who don’t watch the show, Jason’s character Khal Drogo rapes Emilia’s character Daenerys on their wedding night.

And you can actually see the actress cringe over his horrific statement. Meanwhile, Kit covers his face behind his hands as the audience roars in laughter.

How awful! Watch it (below):

a horrific clip of jason momoa saying he loved working on #gameofthrones bc he “got to rape beautiful women.” men are trash. pic.twitter.com/K2RBmsWEt6
— elizabeth (@peeanofreek) October 12, 2017

Fans are furious with the 38-year-old, voicing their disgust on social media!

Who the fuck even THINKS these kind of things, let alone SAYS them with pride? Apparently Jason Momoa does both https://t.co/2iZcvD9A8o
— Darth Bader (@DarthBader_) October 12, 2017

Congrats, Jason Momoa. You’re a douchebag. IDGAF how genre & timey #GoT is, your words were uncalled for. Learn how to phrase things better.
— Mars Vogel (@MarzyMartian) October 12, 2017

DC should just cancel the Justice League movie cause at this point, between dumbass Ben Affleck and dumbass Jason Momoa, I’m not watching it
— Stephen Williams (@AmericanBoy) October 12, 2017

Why, Jason Momoa, WHY?!?!! I thought you were exempt from our everyday “Men are Trash” rants. pic.twitter.com/ycmY3AXqJc
— Slaygon Targaryen (@loveG0Dherself) October 12, 2017

While he still hasn’t gone public with an apology, in 2014, the star brought to light the injustices of rape loopholes on Native American reservations with the film Road To Paloma.

Does this excuse anything? No.

What do U think??

Jason Momoa Dragged On Twitter After Clip Resurfaces Of Him Saying He Enjoyed Working On GoT Because He Got To ‘Rape Beautiful Women’!