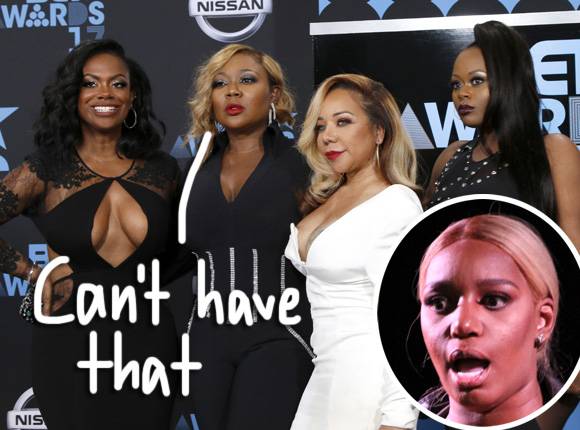 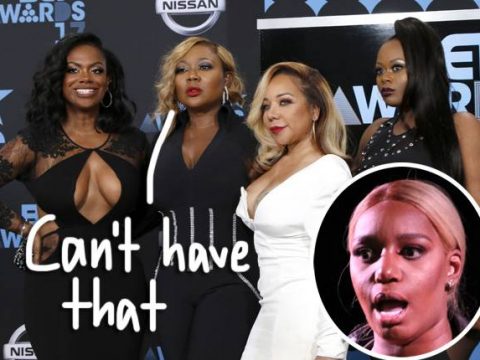 NeNe Leakes will have much more time to fine tune her stand up skills, because she just got canned from an upcoming gig due to making a revolting rape joke.

For those who missed it, the Real Housewives of Atlanta star got booed during a set last weekend after saying she hoped a female heckler in the audience got raped by her Uber driver.

The Bravo personality has since apologized, but the impact of the quip had already side-railed NeNe’s budding stage career — now, the comedy hopeful has been fired from hosting the Xscape reunion tour!

The band released a statement on Thursday morning saying they were “dismayed” by the reality star’s disgusting wisecrack. Xscape explained they made the decision as “strong supporters of all women,” especially female rape survivors.

While they wished NeNe the best as she tries to do damage control, they emphasized:

“This tour is for and about our fans and we want to provide an entertaining and enjoyable experience for every single person who attends.”

Props to the band for showing such strong support for sexual assault and rape survivors — this is such an important time to take a stand!

As for NeNe… if she regretted saying those words before, we bet she really does now.

12 Of The Most Romantic Real Life Celeb Love Stories!