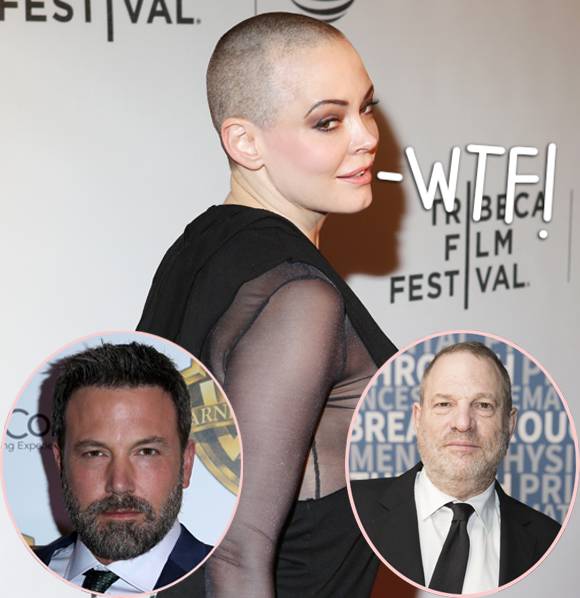 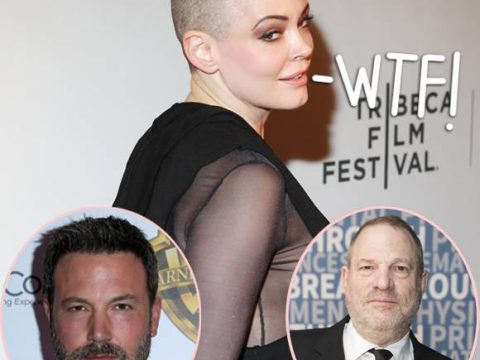 It appears that may be the case as the Charmed alum took to Instagram on Wednesday to reveal that her Twitter account had been suspended for violating the social media site’s rules. Wait, so Miz McGowan’s Twitter can get shut down, but Donald Trump‘s can’t???

Smh. The 44-year-old shared with her followers:

TWITTER HAS SUSPENDED ME. THERE ARE POWERFUL FORCES AT WORK. BE MY VOICE. #ROSEARMYA post shared by Rose McGowan (@rosemcgowan) on Oct 11, 2017 at 9:19pm PDT

This suspension comes shortly after Rose’s VVV vocal online statements about Harvey Weinstein and his sexual misconduct scandal. Not to mention, the Scream actress also put Ben Affleck on blast for playing ignorant about Weinstein’s predatory ways. McGowan even told Affleck to “fuck off” at one point.

While the suspension notice didn’t specify why exactly her account was unable to share new messages, Twitter’s online terms claim they suspend accounts if tweets have been reported to the company as being “abusive.” So if a user has been “sending threats to others or impersonating other accounts,” Twitter will suspend an account.

Although Rose’s posts have been uncensored and passionate, we’re shocked to see the content has been enough to freeze her page — especially since there are SO many aggressive trolls out there.

Twitter had only this to say about the suspension: