Celebrities Latest
Home Abs Jimmy Fallon Doesn’t ‘Care That Much About Politics’ To Talk About Trump... 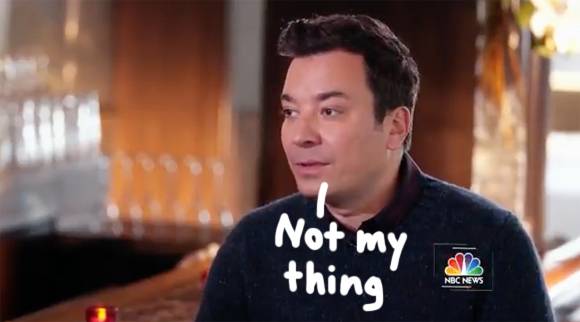 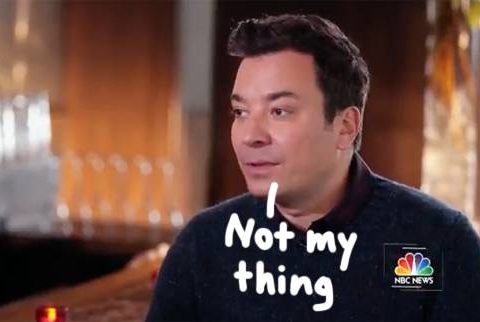 Jimmy Fallon is sticking to his guns…

In a sneak peak of his interview with Willie Geist on Sunday Today, The Tonight Show host is defending his lack of Donald Trump coverage as he doesn’t “care that much about politics.”

“It’s just not what I do. I think it’d be weird for me to start doing it now. I don’t really even, you know, care that much about politics — I’ve got to be honest. I love pop culture more than I love politics. I’m just not that brain, you know?”

In fact, the 43-year-old doesn’t mind that the other late night hosts are capitalizing on political humor.

“I think the other guys are doing it very well, [Stephen] Colbert‘s doing great — I mean, that’s what he’s good at. He’s great. He’s always into like, political comedy. I think when it’s organic, I’ll dip into it as well. But I’ve always made jokes about the president — we’ve only had [Barack] Obama but I made thousands of jokes — I remember having him on the show and saying, ‘Sorry, that’s my job. I have to do what I have to do.”‘

While Trump offers plenty of “material,” it doesn’t always translate to comedy.

“But with Trump, it’s just like, everyday is a new thing. He gives a lot of material — a lot of stuff is hard to even make a joke about, because it’s just too serious.”

Watch the clip (below):

Jimmy Fallon Doesn’t ‘Care That Much About Politics’ To Talk About Trump On Tonight Show — WATCH HERE!

Twitter Reacts To Rachel Lindsay’s Debut On The Bachelorette!