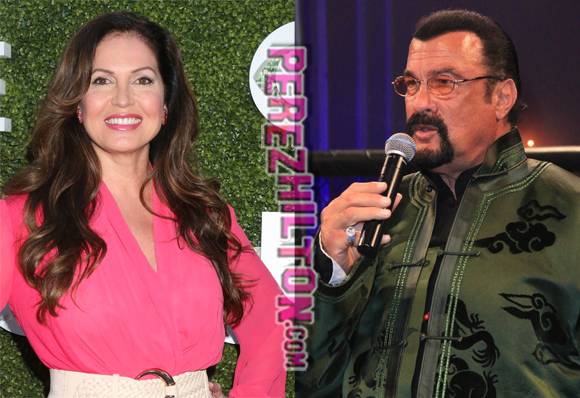 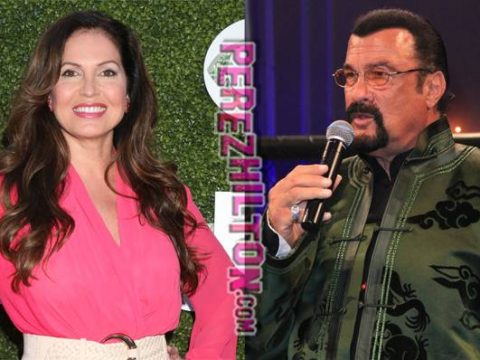 As the Harvey Weinstein news reverberates around Hollywood, the hits just keep on coming for other men in power who have done creepy shit with their influence over women in the industry.

And this time around, it’s Steven Seagal who is being outed as a creep, from a story told by now-journalist Lisa Guerrero, who years ago was trying to be an actress.

The newswoman, who was pursuing an acting career in the mid-1990s, recounted the story to THR on Friday evening, sharing details about what happened when she went to Seagal’s house to audition for the lead female role in the 1997 film Fire Down Below.

For her first first audition at Seagal’s home, she specifically asked the casting director Shari Rhodes to join her, so she wouldn’t be alone — and Seagal watched her perform scenes while wearing nothing but a silk robe. Kinda… bizarre?

But it was after the first audition that things got really weird.

As Guerrero explains (below):

“[Rhodes] said, ‘Great job. Great job.’ [Seagal] had said, ‘We’re going to call you.’ So I ran out to my car, a piece of crap Nissan on this Beverly Hills street, and I just remember feeling like I dodged a bullet. I immediately called my manager and told her I was OK. By the time I got home she called me and said they called back and wanted me to go back that night for ‘a private rehearsal.'”

A private rehearsal?! In other words, another time that night without Rhodes present where Seagal could do whatever the fuck he wanted?!

Guerrero turned it down — and explicitly because of that, she was denied the lead part (below):

“My manager at the time, Lorraine Berglund, kept notes. She still has them all these years later. Then we got a phone call. They said, ‘Well, you don’t have the lead now, because you refused to go back for the ‘private rehearsal,’ but we would like to offer you a smaller role. You are to report to wardrobe and the set.’ It was a one-day shoot. I was an actor who wanted the credit on my resume and wanted the scene on my reel, so I said yes. It was understood that I would not have to be alone with him.”

Once on set, things didn’t get any better, though.

“I did the scene. However I felt uncomfortable because he was with these other male cast and crew members giggling and leering at me, like they were having some kind of boys’ joke about me. I was the only woman in that vicinity and clearly they were talking about me. Then he came up to me and asked me to go to his dressing room. I was appalled. I must have been bright red. I was humiliated. I was so embarrassed. At this point I’m 31 years old, I’m not 18, but I felt like a child. I said no. And he gave me a dismissive look and walked away. My role was completely cut out of the film. I believe it was because I declined his offers three times.”

What the FUCK, man?!

Related: Everything Harvey Did Was By Force… Gross!!!

Can we seriously purge Hollywood of these creepy-ass men once and for all?!

Former Trump Staffers Confirm They Had An Extramarital Affair Which Resulted In A Love...