Celebrities Latest
Home Abs You Need To Know About Cosmo, The BYU Cougars Football Mascot Who... 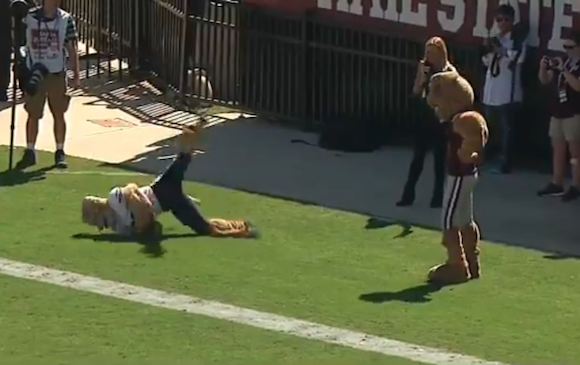 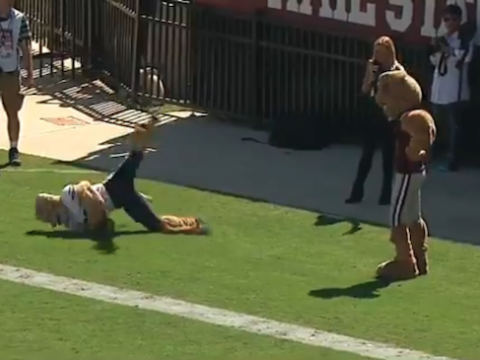 Bad news, everybody: NONE of you are as good at dancing as Cosmo, the official cougar mascot for the Brigham Young University Cougars.

Cosmo is getting a lot of attention this weekend after his second straight successful dance video has gone viral — even as the football team he’s cheering for is really, really, really bad.

The Utah-based school is just 1-5 on the gridiron this year after losing badly earlier today to Mississippi State, but Cosmo didn’t let the pain of losing prevent him from being the best mascot dancer we’ve EVER seen!!

Ch-ch-check out his incredible dancing video from earlier at the game today (below)!!!

But Cosmo, seriously, OMG! Those are MOVES!!

And those aren’t even the only moves he’s put out recently.

Ch-ch-check out LAST week’s dance video from Cosmo and the BYU dance team (below)!!!

And what about this (below), from last season:

Sorry your football team is so bad, BYU… but your mascot’s a star!!!

You Need To Know About Cosmo, The BYU Cougars Football Mascot Who Is A Dancing LEGEND!