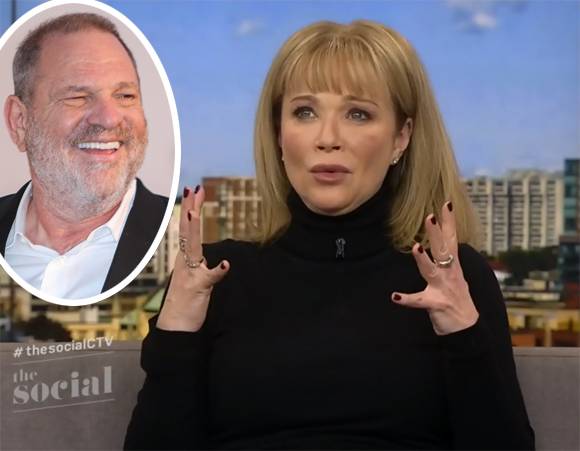 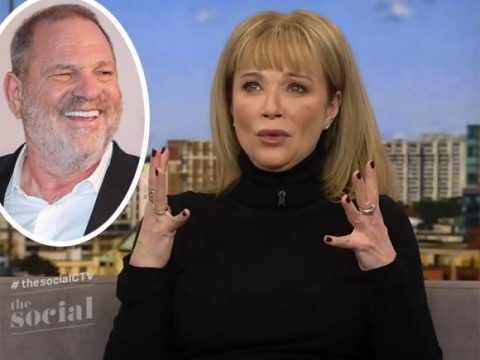 If you were watching TV or movies in the ’90s, you probably remember Lauren Holly.

The actress was known offscreen as Mrs. Jim Carrey — the two were married from 1996-1997 — but on the big screen she starred in Dumb & Dumber, A Smile Like Yours, Sabrina, and Any Given Sunday. She was also a lead on the dramedy Picket Fences for four years.

But her career stalled after an incident with Harvey Weinstein — a story that sounds all too familiar these days.

Holly opened up for the first time about the encounter on The Social (basically Canada’s version of The View) on Monday, beginning:

“When I read the New York Times story, I was floored. It was my story. And I had never told anyone publicly, just people that I felt comfortable with. And I realized I had a responsibility that I needed to come forward and say it.”

Holly says her encounter happened in the late ’90s, when she was already a “seasoned” actor, not an “innocent young girl” looking for a break. She had even interacted with Harvey socially before, having starred in the Miramax film Beautiful Girls.

She points out that even though the idea of meeting at a hotel might sound strange, she had done it many times before with other actors and filmmakers without ever having a problem. She says she was not nervous at all when Harvey asked her to meet her there:

“I was going to meet with a man whom I had known and met. I was really at ease.”

She says Harvey was fully dressed and professional when she first entered his room. The only odd thing was that he had a “big silver bucket” of champagne right in the center of the room.

Unfortunately, this gave her the wrong idea:

“My first thought was, ‘Oh my gosh, I’m really important. Harvey Weinstein has champagne for me, this is very exciting. I’m going to make more movies with him.'”

Then, after some conversation, she says he excused himself to the bathroom and re-emerged wearing only a bathrobe. But he kept talking business, even as he gestured for her to follow him into the bedroom of the suite.

“When we entered the bedroom, and the whole time he’s talking, and it never stopped. You have to understand this. What he had going on, what projects were coming, what he thought I would be right for. He dropped his robe, went into the bathroom in front of me, and began to use the toilet. All the time talking.”

That’s when she was completely confused, thinking “What is this?” to herself. She had no idea how to respond because she was so disarmed by the business talk.

She says Harvey’s casual demeanor made her wonder if there was something wrong with her, if she was just being “a prude”:

“He got out of the shower, dried himself, did not put on the robe, and came toward me. When he came toward me, everything changed. The adrenaline rush I felt, I wanted to flee. I was scared. He told me I looked stressed. He said that he thought maybe I could use a massage, maybe I could give him a massage.”

When she suggested they call for a masseuse instead, he “began to get angry.” And that’s when Lauren got “really afraid.”

Instead, Holly says she “pushed him and ran.”

Related: Find Out What Carrie Fisher Did When Her Friend Was Sexually Assaulted By An ‘Oscar Winning Producer’

When she left, she went straight to a scheduled industry event with some “influential people” in Hollywood, at which everyone could tell she was distraught. When she told them what happened, she was violated again:

“They asked me what had happened, I told them, and their response was, ‘Did he touch you? Were you raped?’ I said, ‘No.’ Then they said, ‘Then you need to keep your mouth shut. Because it’s Harvey Weinstein.'”

Then all the film roles suddenly dried up.

See her tell her whole emotional story (below):

Dumb And Dumber Star Lauren Holly Reveals Her Own Harvey Weinstein Encounter — And Her Career Being Trashed Afterward!

NASA Is Looking For A Planetary Protection Officer! Maybe One Of These Celebs Who...

Iggy Azalea Offers Up A Mariah Carey-esque Clap Back To Halsey: ‘I Don’t Know...