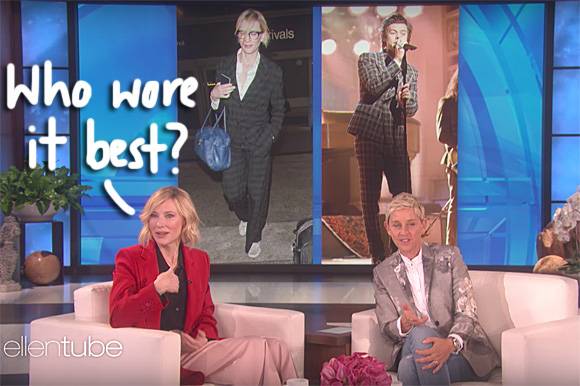 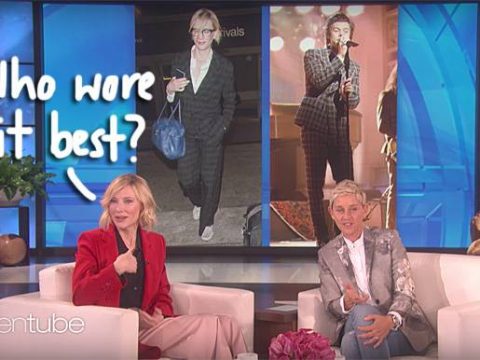 It’s the most random fashion rivalry we never knew we needed!

On Monday, Ellen DeGeneres highlighted a very important issue that needed to be addressed to the public: the curiously similar wardrobes of Cate Blanchett and Harry Styles.

For those who don’t know, the Sign of the Times singer has been spotted copying the actress’s style as of late, and Cate was made fully aware of her fashion copycat when she stopped by Ellen’s show.

Video: Ellen Asks Demi Lovato If Ruin The Friendship Is About Nick Jonas!

The Thor: Ragnarok star was flattered by the “random” comparison, and a quick flip-through of some outfit matches made her, Ellen, and the audience realize one thing: Harry Styles would look good naked.

Is that always what it comes to? Ch-ch-check out the funny clip (below)!

Jonathan Cheban WENT OFF On Twitter User Who Posted This Sick Burn!