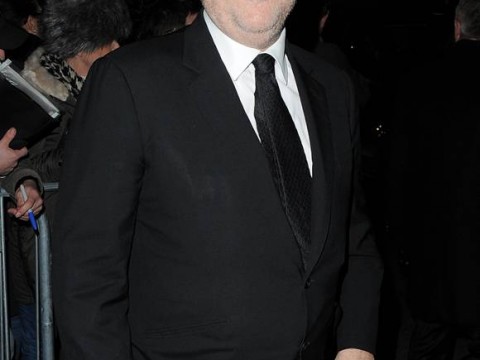 Harvey Weinstein is being called out for more disgusting behavior!

“The Pig,” as he’s known in Cannes, has previously been accused of beating up a chauffeur, who he requested pick up hookers for him.

Mickael Chemloul described to Nice-Matin, a publication local to Nice, France, about being attacked by the movie producer in 2013, and even suing him in 2014. The case was “inexplicably dismissed” despite the driver offering up the medical records showing his injuries.

According to his account, on July 14, 2013, he says he drove Harvey to a beach club, Club 55, to meet two prostitutes. They didn’t end up showing, so he violently went at Mickael:

“He went crazy and hit me. At that moment, there was no question I’d never work for him again.”

He also talked to French media outlet BFMTV about bringing Harvey young women, who often left his room in tears:

“I felt like driving poor innocent people, innocent girls, taking them into the wolf’s mouth and I could not tell them ‘where you put your feet, it’s dangerous.’ The one that marked me the most was a girl who was a fan of him, who loved him, who followed him for years. She gave her body, her soul, she ave everything to this gentleman because he promised her to make castings and make a film she never shot.”

The professional driver is writing a book about his experiences with the mogul, his working title currently being The Last Monster of Hollywood.

A Weinstein spokesperson denied the allegations, telling The Hollywood Reporter:

“There was never any altercation between the driver and Mr. Weinstein. The driver was terminated by the company because of his habit of speeding, many times as fast as 140 miles per hour. It is a fallacy that the driver procured any meetings of any kind with anyone for Mr. Weinstein or anyone else at the company. He was a driver and that was his sole task.”

Others who have worked with the disgraced 65-year-old have described his “pig”-like ways.

A longtime bartender at the Hotel du Cap, a favorite of Harvey’s and also allegedly the location where Asia Argento claims she was raped, shared:

“[With Harvey] it’s everything you have read, and worse. He was always in here with one or two young girls, very loud, but we are always polite because he is a guest. Unfortunately, now he is the most famous person to have stayed here.”

And a housekeeper at another of Harvey’s favorite hotels, the Majestic Hotel, didn’t recognize his name but immediately recognized his picture:

“Oh, he was the ugly one who thought he was God. I didn’t even know who he was, but he was very bossy. Men like George Clooney or Brad Pitt, they were such lovely men and so handsome. But not him. He was a mean pig.”

An unnamed agent who is said to have worked with the producer for years in Cannes, described to THR:

“Harvey was a Jekyll and Hyde character, and one of those sides is a true artist; the other side is pretty hard to swallow. We warned all our clients that he was a groper and a pig.”

“He was known in Cannes simply as ‘The Pig.'”

That nickname doesn’t even begin to describe him now with all the allegations of sexual harassment and assault.