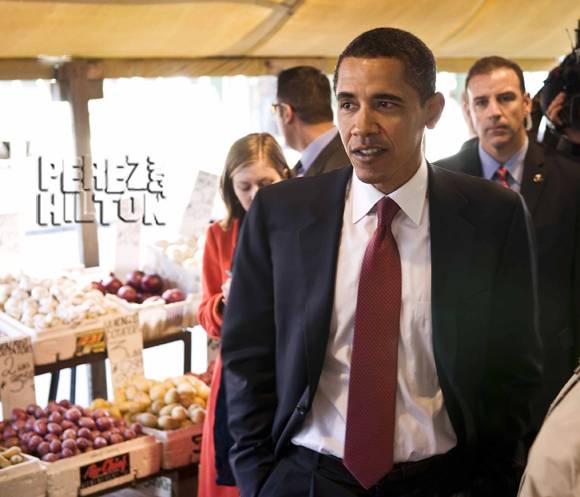 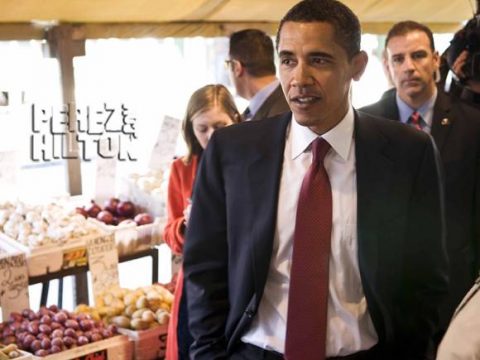 Wow. Meanwhile we can’t even get a look at Donald Trump‘s tax returns.

Emory University has just made public nine very personal letters written by Barack Obama to his girlfriend Alexandra McNear from 1982 to 1984.

The couple met when they were both students at Occidental College and attempted to keep their relationship going long-distance when Barack transferred across the country to Columbia University.

Related: Barack Dated Another Woman At The Same Time As Michelle — And Asked Her To Marry Him First!

While the letters serve as a fascinating chronicle for historians of Obama’s time as a college student and recent graduate just getting started at Business International, they’re also insanely personal, revealing details of a romance long before Michelle Obama!

For instance, he describes a vivid memory of a moment they spent cuddling at a friend’s home:

“A young black man with his arm behind his head, staring at the ceiling with moist eyes, and a young white woman resting her head on his arm, alone and facing the swirling expanse, outside the room, inside themselves, separate in the eye of the storm.”

The sentiments, written during a period when Barack and Alexandra are growing apart, are more sad and confused than the public servant we’ve known the last decade.

See a few of the standout excerpts (below):

On His Ending Relationship

“I think of you often, though I stay confused about my feelings. It seems we will ever want what we cannot have; that’s what binds us; that’s what keeps us apart.”

“I am not so naïve as to believe that a distinct line exists between romantic love and the more quotidian, but perhaps finer bonds of friendship, but I can feel the progression from one to the other (in my mind).”

“I trust you know that I miss you, that my concern for you is as wide as the air, my confidence in you as deep as the sea, my love rich and plentiful. Love, Barack.”

“[The challenge] lies in forging a unity, mixing it up, constructing the truth to be found between the seams of individual lives. All of which requires breaking some sweat. Like a good basketball game. Or a fine dance. Or making love.”

“I don’t distinguish between struggling with the world and struggling with myself. … I enter a pact with other people, other forces in the world, that their problems are mine and mine are theirs. … The minute others imprint my senses, they become me and I must deal with them or else close part of myself off and make myself and the world smaller, lukewarm.”

On Visiting His Childhood Home Of Indonesia

“I can’t speak the language well anymore. I’m treated with a mixture of puzzlement, deference and scorn because I’m American, my money and my plane ticket back to the U.S. overriding my blackness. I see old dim roads, rickety homes winding back towards the fields, old routes of mine, routes I no longer have access to.”

On Being Broke After College

“One week I can’t pay postage to mail a resume and writing sample, the next I have to bounce a check to rent a typewriter…”

“Salaries in the community organizations are too low to survive on right now, so I hope to work in some more conventional capacity for a year, allowing me to store up enough nuts to pursue those interests next.”

Tons of fascinating insights into the POTUS we miss the mostus.

The letters are now officially public record at Emory’s Stuart A. Rose Manuscript, Archives, and Rare Book Library. You can learn more HERE.