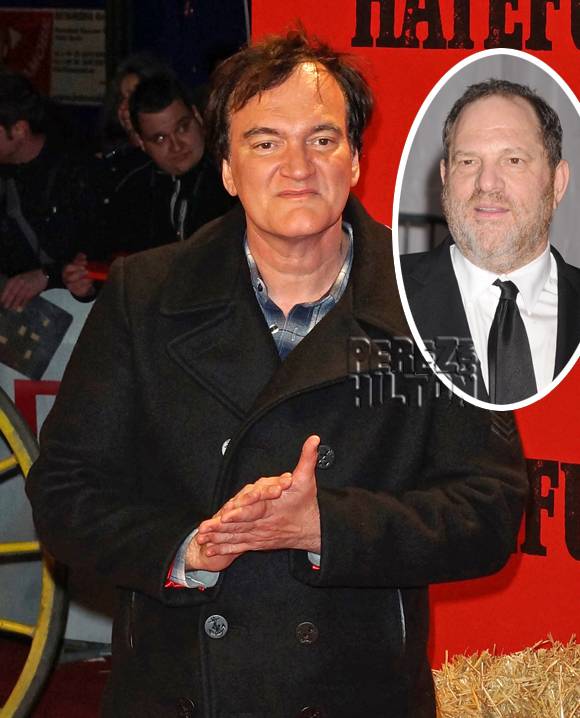 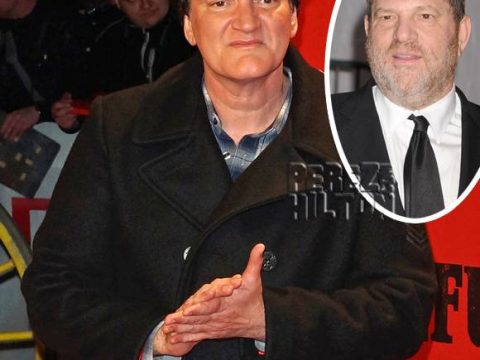 Quentin Tarantino knew way too much about the exploits of Harvey Weinstein to sit by and do nothing.

Related: All 45+ Women Who Have Accused Harvey Weinstein So Far

In a very confessional interview with The New York Times out on Thursday, the Django Unchained director declares:

“Everyone who was close to Harvey had heard of at least one of those incidents. It was impossible they didn’t.”

As for himself, he addresses a few of the incidents involving well-known actresses, including the fact Harvey had reached a settlement with Rose McGowan over her alleged rape way back in 1997.

“I knew enough to do more than I did… There was more to it than just the normal rumors, the normal gossip. It wasn’t secondhand. I knew he did a couple of these things.”

He says his inaction now fills him with shame and remorse:

“I wish I had taken responsibility for what I heard. If I had done the work I should have done then, I would have had to not work with him.”

That would have been a start.

So why didn’t he? He begins to explain:

“What I did was marginalize the incidents.”

Though he already realizes:

“Anything I say now will sound like a crappy excuse.”

Specifically, Quentin addresses the incident he was most familiar with, Harvey’s unwanted advances toward Mira Sorvino. The director heard all about it directly from the Mighty Aphrodite star when the two dated shortly after.

When she relayed the story she would wait over 20 years to tell publicly as part of Ronan Farrow‘s New Yorker exposé, Quentin says he didn’t understand it as a pattern of a predator but as an isolated incident:

“I was shocked and appalled… I couldn’t believe he would do that so openly. I was like: ‘Really? Really?’ But the thing I thought then, at the time, was that he was particularly hung up on Mira… I thought Harvey was hung up on her in this Svengali kind of way. Because he was infatuated with her, he horribly crossed the line.”

Quentin ultimately brushed off even what he knew was “crossing the line” because his attitude at the time was that his own presence in the situation would put a stop to it. He recalls thinking:

Weinstein didn’t go after Mira again, so that seemed to be that. Though obviously it wasn’t.

Tarantino says he heard other stories through the grapevine over the years but admits they didn’t weigh on him either:

After taking some time to come to terms with his own complicity, Quentin says he now believes Hollywood has been “operating under an almost Jim Crow-like system that us males have almost tolerated”:

“We allowed it to exist because that’s the way it was.”

Now Quentin says he’s through keeping his eyes and mouth shut — and hopes his colleagues will do likewise:

“I’m calling on the other guys who knew more to not be scared. Don’t just give out statements. Acknowledge that there was something rotten in Denmark. Vow to do better by our sisters.”

Ultimately, Tarantino, who worked with Weinstein for decades, says he is still perplexed by all the things he’s read about the man he thought he knew:

“I don’t have an answer for why he could do this and be stripped of his entire legacy.”

As for whether he believes the public will forever link him and his film legacy to Harvey’s misdeeds, he says simply:

What do YOU think of Quentin’s very, very late honesty?

Quentin Tarantino KNEW Harvey Weinstein ‘Did A Couple Of These Things’ — Read His Confession In Frank New Interview!

Whoa! Watch This Kid Belt Out An INCREDIBLE Rendition Of Let It Go In...

People Think This Sexy Snap Of Kris Jenner Is Photoshopped!