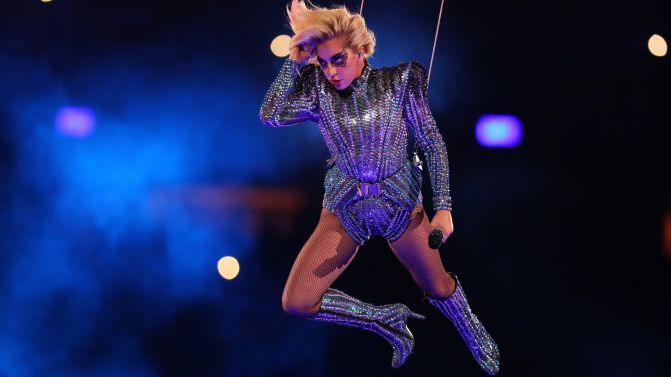 The Super Bowl is known for its exhibition and Lady Gaga isn’t precisely a loner, so the blend of the two was continually going to be quite exceptional – and the vocalist didn’t baffle as the current year’s halftime demonstration.

Shunning her most recent (and less fruitful) yield for an astonishing song of her exemplary hit singles, Gaga began the show on the top of Houston’s NRG stadium, lit up by several automatons.

In the wake of opening with an apropos form of the social equality song of devotion ‘This Land Is Your Land’ and ‘God Bless America’, she jumped from the rooftop to the pitch underneath, kicking procedures off with ‘Poker Face’ to a group of people of 110 million US watchers.

Grabbing a seat for the show’s just anthem (and new tune), ‘Million Reasons’ was performed at a piano as the group waved orange lights that made examples that transmitted over the football field.

Maybe shockingly for the blunt star, she kept legislative issues out of her 13 minute show, telling the group, “we’re here to make you can rest easy”, and well, we as a whole need a touch of escapsim right now.

The 30-year-old finished the set with ‘Awful Romance’, moved down by 40 artists, and completed the show on a staircase, yelling “Super Bowl 51,” preceding the now mandatory mic drop.

Watch the full execution in the video beneath…