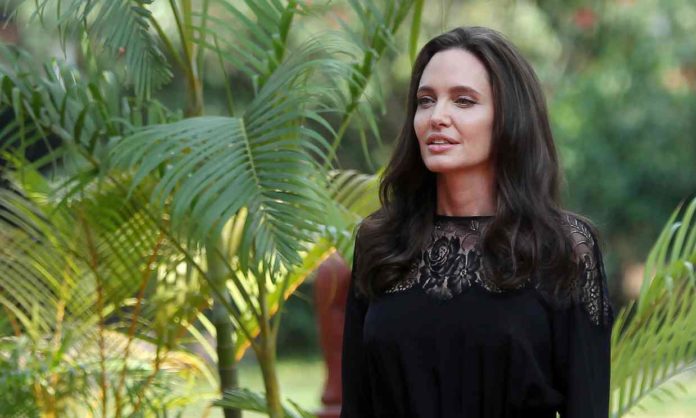 The actress-turned-director formed a strong connection with the Southeast Asian nation after shooting the movie about the genocide that took place under the communist Khmer Rouge regime from 1975 to 1979 in which around 1.7 million Cambodians died from starvation, disease and execution.

Maddox’s biological parents were from the country and the entire shooting process for the Netflix film helped her understand her son’s background more fully.

Asked what inspired the film during an appearance on ‘Good Morning America’ on Tuesday (21.02.17), she said: “This country means a great deal to me, this country has been through so much. This war affected every single individual here, and I wanted to understand myself. I don’t know much of Maddox’s birth parents, but I believe they would have gone through this war.

“I wanted to understand this country in a deeper way, and bring this story of Luong Ung who’s a dear friend of mine.”

The 41-year-old screen beauty – who also has Pax,11, Zahara, 12, Shiloh, 10, and eight-year-old twins Vivienne and Knox with Hollywood star Brad Pitt – had the honour of screening the movie in front of the Cambodian royal family, which she said was nerve-wracking.

She said: “I was very, very nervous. It’s an honour to be allowed to come into a country which is not your own country, and to tell its history.”

Maddox, 15, was heavily involved in the production side of the movie, which is based on a book by Loung Ung, and his mother says he was all too keen to be a part of it.

She added: “I talked to Maddox about this film, and about doing it.

“And it was him, in the final hour who said he was ready.

Maddox was a “big brother” to the young actors on set, according to Loung.

“Pax is a talented photographer and Mad is so kind and generous. The cast kids, they all looked up to him as a big brother.”