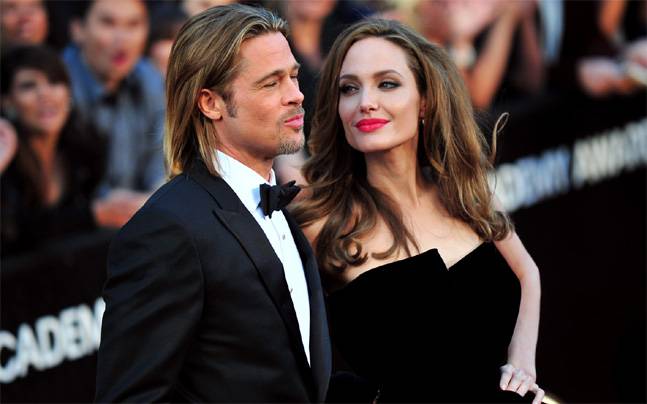 Angelina Jolie has spoken about her split from Brad Pitt, the first time since filing for divorce.

Angelina Jolie, actor-filmmaker, has opened up about her split from actor-producer Brad Pitt for the first time since filing for divorce last year.
In an interview with BBC World News in Cambodia, Jolie was asked about the split. She said that it had been a “difficult” time for her family, reports people.com.

“I don’t want to say very much about that, except to say it was a very difficult time and… and we are a family and we will always be a family, and we will get through this time and hopefully be a stronger family for it,” she said.

Jolie, 41, was in Cambodia to promote her new film First They Killed My Father.
The mother of six said she was coping with the changes by maintaining a focus on her children: Maddox (15), Pax (13), Zahara (11), Shiloh (10), and twins Knox and Vivienne (8).
Since filing for a divorce from Pitt, Jolie revealed that her children and pets have been trying to find a normal rhythm.

“It’s been a difficult few months. Right now, I’m going through a moment when just everybody’s in my room,” she said.

“Two dogs, two hamsters and two children at the moment. It’s wonderful. But, usually, I just wake up trying to figure out who’s going to get (the) dog out, who’s going to start the pancakes and did anybody brush their teeth.”

The news of Brad and Angelina’s split shocked the entire world. One of Hollywood’s most famous power-couples, Brad and Angelina tied the knot three years ago, after dating for nine years. Brangelina, as they are better known as, parted ways in September last year.

Angelina Jolie has a deep connection with Cambodia