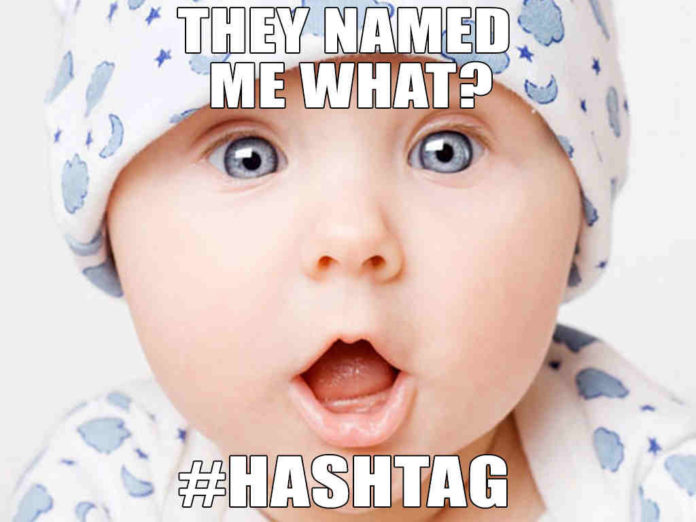 Celebrities are not like everyday people. They have busy schedules, drive expensive cars, and wear jewelry that others can only dream of owning. Maybe it is because celebrities are so far removed from normal life that they often give their babies unusual names.

Some names are just a little different. John Travolta and Kelly Preston have two beautiful children. Their daughter’s name is Ella Bleu. Their son’s name is Jett. Jett is different, but anyone who knows anything about John Travolta knows he has a love for flying. Gwyneth Paltrow, pregnant again, came under scrutiny for naming her first child Apple. While it is unusual, it is somewhat cute, like in the “apple of their eye.” Chris Martin, her husband, tired of the controversy over the name Apple, has jokingly stated their second child, whether male or female, will be named Banana. Another cute name is Dandelion, the name of Keith Richards’ daughter. Julie Roberts recently gave birth to twins – a boy and a girl – and received flack over the names she chose. She received almost as much grief over the choice for her daughter’s name, Hazel, as she did the more eccentric choice of Phinnaeus for her son.

Many people speculated what Madonna would name her first child. Lourdes Maria seems a fitting name for child who’s mother’s name is Madonna, but she often goes by Lola. Her son is named Rocco, which sounds a bit like a cartoon character, but at least it is a tough sounding name. Actor Casey Affleck and fiancé Summer Phoenix recently had a son named Indiana August, which leads one to wonder what state and month their son was conceived in. Toni Braxton has two sons, Denim and Diezel. While both useful products, they make somewhat strange names for children. Rob Marrow decided it would be cute if he named his daughter Tu Simone Ayer, calling her Tu Morrow. Wonder if she will think it is cute 20 years from now? Actor Jason Lee named his son Pilot Inspektor, but magician Penn Jillette may have topped them all. He named his daughter, Moxie Crimefighter, saying “because when she’s pulled over for speeding she can say, `But officer, we’re on the same side, my middle name is CrimeFighter.”‘

If you think it is a new trend, think again. Back in 1971, David Bowie and his then wife Angela decided to name their son Duncan Zowie Heywood Jones. He soon became known as Zowie Bowie. Cher named her children Chastity Sun and Elijah Blue.

The Phoenix family is well known for their unusual choice of baby names. Summer Phoenix’s siblings are the late actor River Phoenix, actresses Rain and Liberty Phoenix and actor Joaquin Phoenix. Joaquin felt his name was so out of place with his siblings, that when he was four, he decided to change his name to Leaf. By the early 1990’s, he had reverted back to using his birth name. Another family infamous for their choices of baby names is the Zappa family. Frank’s children are Dweezil, Moon Unit, Ahmed Emuukha Rodan and Diva Muffin. While many people think that Dweezil is his given name, his birth name was originally Ian Donald Calvin Euclid Zappa because the hospital refused to register the name Dweezil. Always called Dweezil, when he was a child, he wanted to make the name official and his parents took him to have it changed legally. Paula Yates, former wife of Sir Bob Geldof and girlfriend of late rocker Michael Hutchence, also had a knack for giving her children unusual names. Among her brood are Fifi Trixibelle, Peaches Honeyblossom Michelle Charlotte Angel Vanessa, Heavenly Hiraani Tigerlily, and Little Pixie.

Some celebrity baby names make sense if you know the story behind them. Eurythmic’s Dave Stewart named his son Django after jazz guitarist Django Reinhardt. Stevie Wonder named his son Mandla Kadjaly Carl Stevland, however Mandla means “powerful” in Zulu and Kadjaly means “born from God” in Swahili. Helen Hunt just gave birth to a baby girl she named Makena’lei Gordon. The name Makena’lei is from a friend’s dream and means “many flowers of heaven.” Gordon, an unlikely girl’s name, was to honor of Helen’s father, television director Gordon Hunt. Nicolas Cage just named his new baby boy Kal-el. Because Nicolas took his stage name of Cage from comic book character Luke Cage, he decided to name his son Kal-el after one of his favorite comic book heroes. Kal-el is Superman’s kryptonian name.

So, do the children like these unconventional names given them by their parents? In some cases, they do. The Phoenix’s seem to love their nature-inspired names and the Zappa children seem to have had no ill effects from their eccentric names. However, some children tire of the peculiar names quickly. Zowie Bowie had had enough of his moniker by the time he was 12 and asked to be referred to as “Joey.” Although Dandelion Richards does not seem too bad, she has since started referring to herself as Angela. Recently, Peaches Honeyblossom Michelle Charlotte Angel Vanessa Geldof has been the most outspoken about the odd choice her parents made in naming her. She has been quoted as saying, “I hate ridiculous names. My weird name has haunted me all my life.”

While having an unusual name might be difficult for any child, the celebrity of a child’s parents may enhance it even further. Thankfully, celebrity children who decide they don’t like their given names can switch to a nickname or even eventually have their names legally changed.