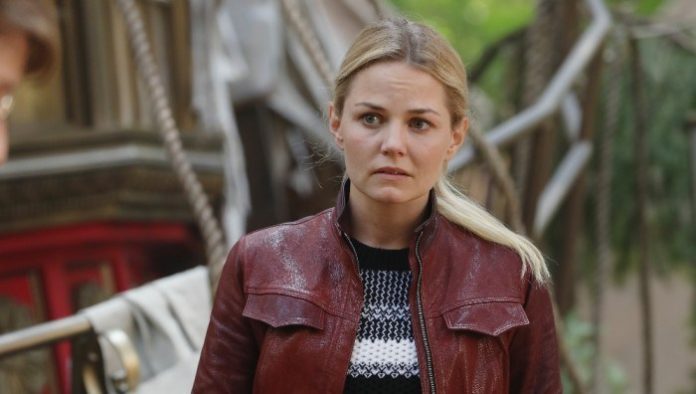 Jennifer Morrison has announced she’s leaving ABC’s “Once Upon a Time.

The actress, who plays Emma Swan on the series, announced the news in an Instagram post on Monday morning.

“As I reached the end of my 6 year contract on ONCE UPON A TIME, I was faced with a significant decision. ABC, Eddy Kitsis, and Adam Horowitz very generously invited me to continue as a series regular. After very careful consideration, I have decided that creatively and personally, it is time for me to move on,” Jennifer said on her Instagram page.

WATCH: ‘Once Upon A Time’ Stars: When They Realized Their Show Was A Hit

“Emma Swan is one my favorite characters that I have ever played. My 6 years on ONCE UPON A TIME has changed my life in the most beautiful ways. I am absolutely blown away by the passion and commitment of the Oncer fans. I am so honored to have been a central part of such a special show.

“I will be forever grateful to Adam, Eddy, and ABC for giving me the gift of playing Emma Swan,” Jennifer wrote.

WATCH: ‘Once Upon A Time’ 100 Episode: Stars Share Their Casting Stories

ABC has not announced a renewal of “Once Upon a Time,” which is currently in its sixth season. But, ABC’s Upfront presentation, where renewals and pickups of new shows are confirmed, is set to occur later this month.

Jennifer added in her post that she will appear on “Once” in one episode if it is picked up for its seventh season.

“If ABC Network does in fact order a season 7, I have agreed to appear in one episode, and I will most certainly continue to watch ONCE UPON A TIME. The creativity of the show runners has always inspired me, and I cannot wait to see the ways that they continue to develop and reinvent the show,” she added.

Adam Horowitz and Edward Kitsis, “Once Upon a Time” creators and executive producers, released a statement following Jennifer’s announcement.

“The past six years of collaborating with Jennifer as Emma Swan have been truly magical,” they said. “Watching her breathe life into Emma, she accomplished more than we could have dreamed possible — she gave life to a brand-new Disney Princess, filled with strength and intelligence and an incredible closet full of red leather jackets.  We’ll miss seeing her every day, but her imprint upon ONCE UPON A TIME is indelible.  She will always be a part of the show and its heart and soul.  That said, just because Jennifer won’t be back every week doesn’t mean we won’t see our savior again.”

“Once Upon a Time” Season 6 continues Sunday nights at 8/7c on ABC.

Jennifer Morrison Leaving ‘Once Upon A Time’