Celebrities Latest
Home Celebs Hollywood Celine Dion To Perform ‘My Heart Will Go On’ At 2017 Billboard... 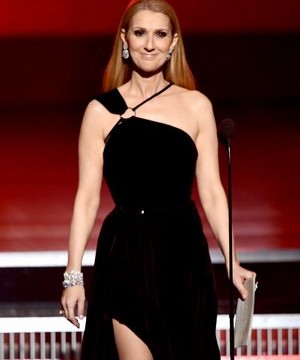 Celine Dion is set to make a “Titanic” return to the Billboard Music Awards stage.

The vocal superstar will perform “My Heart Will Go On” at the 2017 ceremony later this month in honor of the blockbuster film’s 20th anniversary, the BBMAs announced on Monday.

Yes, it’s been 20 years since the James Cameron epic hit theaters with Celine’s signature voice belting the powerhouse theme. In a press release, Celine shared gratitude for the opportunity to sing the now-classic ballad and the impact it’s made.

WATCH: Celine Dion On Returning To Sing For Disney’s Live-Action ‘Beauty And The Beast’

“This song means a lot to me, and it has played such a huge role in my career,” her statement read. “I’m so grateful to the late James Horner, and to Will Jennings, for writing it and creating the opportunity for me to be part of ‘Titanic,’ an amazing film whose legacy will continue for generations to come.”

Mark Bracco, Executive Producer for the BBMAs, hinted that longtime “Titanic” fans will have no trouble transporting themselves back to the emotional first time they heard “My Heart Will Go On.”

“Twenty years later, this timeless song still resonates with a global audience of music and movie fans alike,” he said in a statement. “It’s going to be a performance to remember — and there won’t be a dry eye in the house.”

“Titanic” swept the 1998 Academy Awards, taking home 11 trophies including Best Picture, Best Director and Best Original Song for “My Heart Will Go On.” The track was also the best-selling single that year, reaching No. 1 in multiple countries in addition to winning Grammys for Song and Record of the Year.