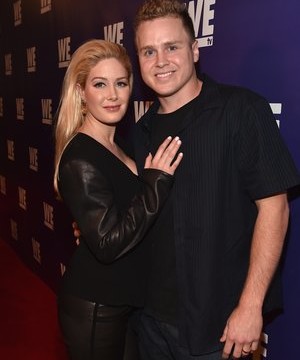 “The Hills” alums Heidi Montag and Spencer Pratt are expecting a baby boy.

Heidi revealed the news in a new interview with Us Weekly.

“I ran into the room and said, ‘It’s the doctor’s office!'” Heidi told the mag of how she learned the news and shared it with husband Spencer. “The doctor said, ‘It’s a boy!’ I started screaming.”

The reality star said she’s been in touch with her former co-stars from “The Hills” – Kristin Cavallari and Audrina Patridge, and asked them for tips.

“Kristin sent me a whole list of baby things you need in the first few months, which has been really helpful,” Heidi told the mag.

Heidi and Spencer announced their pregnancy news last month. They previously told Us Weekly their child is due on Oct. 19.

Ariel Winter: ‘I’m Not A Whore Because I Wear Shorts & Tank Tops’