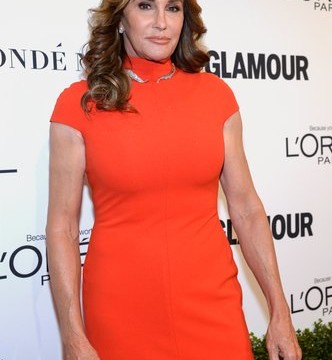 Caitlyn Jenner has shed new light on her strained relationship with Kim Kardashian.

During a Thursday appearance on Australia’s “Today” show, the reality star and Olympic icon admitted that she and her former stepdaughter may not be on the best of terms.

“I love Kimberly, I think she’s a wonderful person. But, well, to be honest with you, I really haven’t talked to her in a long time,” Caitlyn said.

The tension ignited largely upon the release of Caitlyn’s new memoir, “The Secrets of My Life,” in which she suggested that ex-wife Kris Jenner knew she was transgender during their marriage.

Kris sounded off on the revelation during a recent episode of “Keeping Up with the Kardashians,” saying that Caitlyn’s portrayal of her is “all made up” and she’s “never been so angry and disappointed in somebody” in her “whole life.”

WATCH: Caitlyn Jenner Says The O.J. Simpson Trial Fractured Her Family: ‘I Knew He Did It’

Kim previously shared her opinion on “Ellen” last month, saying that while she’ll “always love” Caitlyn, she believes the 67-year-old crossed a line.

“My heart breaks for my mom, because I feel like she’s been through so much,” Kim said of Kris.

“I just feel like there’s no need for a book,” she continued. “You know, tell your story – but just don’t bash other people. I just think, like, it’s not tasteful.”

Caitlyn explained on the Aussie morning program that she’s giving her family a chance to process the upheaval.

“I’ve kind of let everything calm down. So I kind of keep my distance,” she continued, while also acknowledging that she does understand some of the backlash.

“This book is my book about my opinions on issues and things that had happened with me and my family. Any time I express my opinion, you know, with my family, there’s always challenges in doing that. But, yeah, I’m proud of what’s in there,” she said, adding that she’s currently “out right now trying to make a difference in the world.”

Caitlyn did reflect positively on her and Kris’ relationship, and shared how she met the reality matriarch at an especially crucial moment.

“In so many ways, she did save my life. I was going down, at that time, a very difficult road and she kind of brought me back. … She kind of restored my faith in myself,” Caitlyn said.