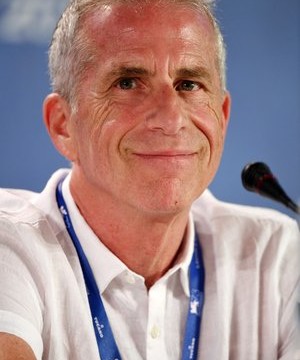 Fox is ushering in some “Seasons of Love.” “Rent” will be the network’s next live musical.

On Friday afternoon, the network announced that the production was coming to Fox. The Tony, Grammy and Pulitzer Prize-winning musical will be executive produced by Marc Platt, with the estate of writer/composer Jonathan Larson, Fox said in a release.

“We are so honored to partner with the estate of the brilliant Jonathan Larson and producer Marc Platt on one of the great musicals of our time,” Dana Walden and Gary Newman, Chairmen and CEOs, Fox Television Group, said in a joint statement. “The title is so iconic, the music is so beloved, and the themes are as meaningful today as they were when the show first premiered on Broadway. With Marc overseeing this project, we are sure it will have a profound impact on the legions of fans who know and love this musical.”

“‘Rent’​​ was Jonathan’s dream of sharing the ​theater and the passion he had for it with a whole new generation,” said Julie and Al Larson said in a joint statement. “None of us could have imagined the massive impact that the messages and themes in ‘Rent’ would have on the ​theater​ community or the world…except for Jonathan.We are absolutely thrilled to be continuing Jonathan’s legacy and ​the still-relevant ​themes of ​the show in this way.”

No airdate was announced.