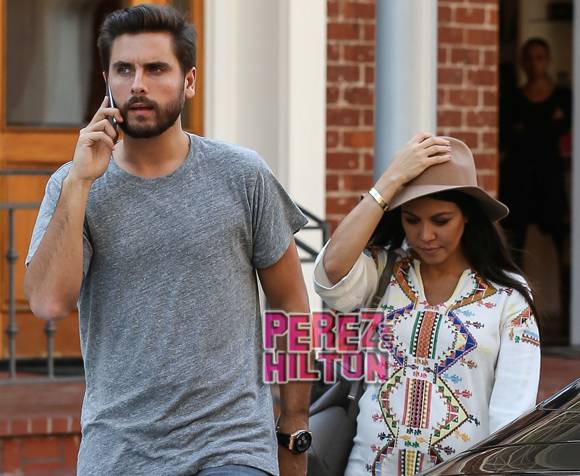 These two have been through quite a lot, but if you take Kourtney Kardashian at face value, this time is really the end…

According to reports in TMZ, Kourt knows that she’s finally done with Scott Disick, and the only thing she has left to figure out is how exactly to break the news.

The momma is allegedly “done treating Scott like a baby” after worrying how she’ll react to every one of Scott’s moves, and she’s been very careful to not post anything about her dating moves on social media.

She knows that in the past, that has triggered him into drinking and partying binges, and as the father of three kids, it’d obviously be best if he avoids that now.

Kourt also apparently knows that Scott’s friends are reporting back to him when they see her out with Younes Bendjima, which no doubt causes more friction between her and Scott.

Either way, they are forever going to have to co-parent those three kids — which is why Kourt has apparently been dancing around finally, fully telling Scott that it’s over.

Related: WTF Is Up With Scott’s House-Flipping Show?!

What do U think, Perezcious readers?! Are we going to be writing this SAME post again a year from now, or are these two going to finally call things off and wrap things up, forever??

Star Wars’ John Boyega Takes Shots At Game Of Thrones Over Their Lack Of...