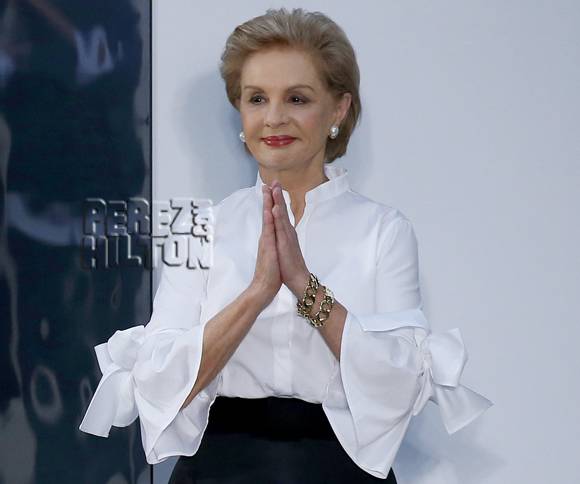 Famous international fashion designer Carolina Herrera — who may be best known for dressing many of the United States’ First Ladies for years now — and the rest of her family are dealing with loss after her nephew was found dead in a truck in Venezuela after a kidnapping gone wrong.

According to media reports, Herrera’s nephew — 34-year-old Reinaldo Herrera — was abducted from a restaurant in Caracas on Thursday night along with his business partner, 31-year-old Fabrizio Mendoza.

The families paid a ransom to the kidnappers to have Herrera and Mendoza freed, apparently, but it didn’t work out that way: the gang killed the men in spite of the ransom and left their bodies in a truck just outside the city.

Carolina has dressed first ladies for decades, from Jackie Onassis to Laura Bush, Michelle Obama, and Melania Trump, and was scheduled to receive the 2017 Designer of Excellence award in Chicago in two days.

She released a statement about the event on Saturday morning (below):

“The family and I appreciate your kindness. Our only hope is that the tragic assassination of our young nephew, Reinaldo and his colleague, Fabrizio will serve to mitigate the terrible carnage and murders that are committed against our youth in Venezuela. The Electoral Results must be respected. The Communist Dictatorship must go.”

Our thoughts and prayers are with her, and the family, friends, and loved ones of these two men taken too soon.

Jennifer Garner Is Reportedly PISSED At Ben Affleck! Geez, We Wonder Why…