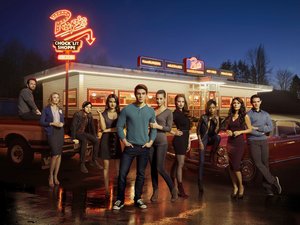 “Riverdale” is welcoming a new actor to cast.

The show’s casting director, David Rapaport, tweeted about the news on Friday night, welcoming the actor to “Riverdale.”

“13 Reasons Why” star Ross Butler played the character in Season 1. (Ross’ Netflix show was picked up for Season 2 last Sunday.)

“Riverdale” had always wanted to do more with Reggie — Archie Andrews’ rival — and having to find a new actor to take on the part came about due to the show’s plans to expand the role.

“[W]hen we started talking about Season 2, it felt like we kind of need more Reggie, and we were trying to work it out, but, you know, sometimes these things don’t work out,” “Riverdale” Executive Producer Roberto Aguirre-Sacasa told Access last month after the re-casting news broke.

Reggie is a member of the Riverdale High School football team and earlier in the season competed with Archie (KJ Apa) to become the team captain, following the death of Jason Blossom. Archie won the honor, but ended up telling the coach Reggie should captain the team.

“Riverdale” was picked up for Season 2 by The CW. It wrapped up its first season on Thursday. A premiere date for the new season has not yet been announced.