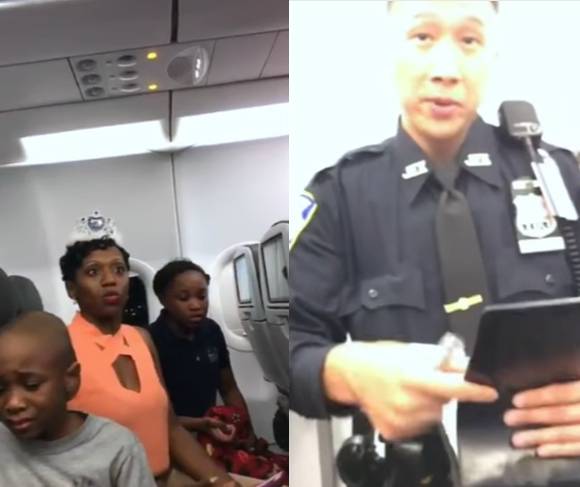 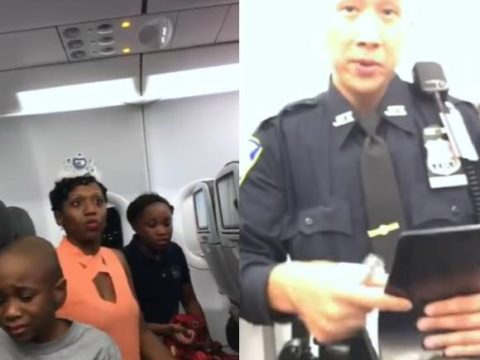 Here we go again, another controversy in the friendly skies…

This time it’s JetBlue, and not United, but another airline is now coming under fire for a dispute with a flight attendant — and this one was over a birthday cake.

The flight in question happened earlier this month when the Burke family was trying to fly out from New York’s JFK Airport to Las Vegas, only to have things get heated when flight attendants argued with them about a cake they carried on board.

The first flight attendant in question apparently couldn’t decide whether the cake should be in an overhead bin or beneath a seat for takeoff, while a second flight attendant then came into the picture and said it couldn’t be brought on at all.

But here’s where things get interesting, especially since Cameron Burke started filming the whole incident (below).

The second flight attendant told the family — with two crying kids in tow — that they were being “non-compliant” in the situation, and eventually brought the police on board to boot them off the plane. Yes, really.

The family walked off the plane peacefully, but the entire incident sure is something crazy, as you can see on the video (below):

The flight attendant later claimed the family was “cursing” and disruptive, which you can see from the footage doesn’t exactly appear to be true.

Now, the family is talking to an attorney about filing a lawsuit.

Over a cake?! Come on, flight attendants!!