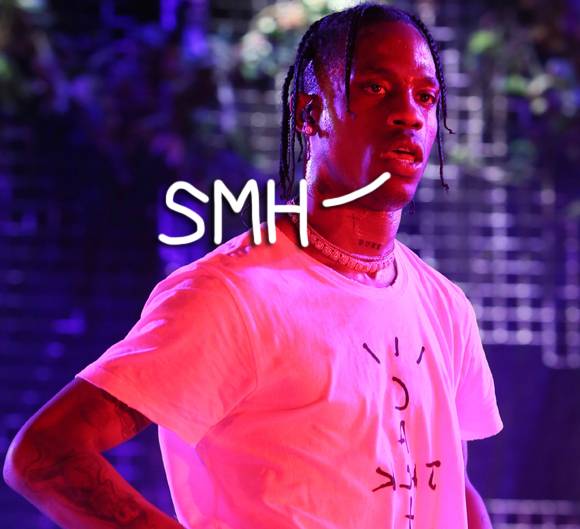 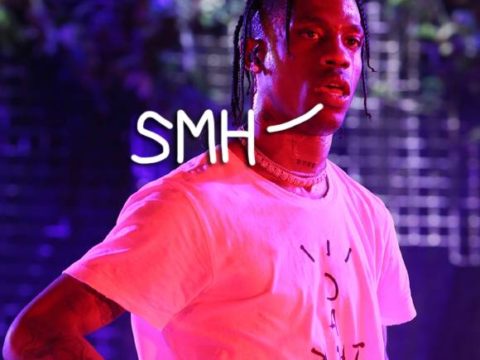 On the same day that news broke about Travis Scott going exclusive with Kylie Jenner, the star had a not-so-good run-in with the law in Rogers, Arkansas, and it led to his arrest!

According to police in Rogers, Scott was performing there on Saturday night when he encouraged the crowd to rush the stage at his show, which was a violation of security protocols at the concert.

Several people were injured during the stage rush, including a security guard and a cop, and that’s no bueno.

For Scott’s part, his team says that he artist saw available seating up front in the general admission section, and so he invited fans from the seated section behind it to come forward to get a better view of the concert, and that he was NOT inciting a riot.

Regardless, he was hauled off by the cops at the end of the show, and booked for inciting a riot, endangering welfare of a minor, and disorderly conduct.

He was released from jail by 11:30 p.m., and yes, he’ll have to return to Arkansas for a court date soon.

Other than that, it doesn’t appear like Kylie was with him in Arkansas last night, so at least there’s that.

Oh, and #FreeTravisScott was trending on Twitter for much of Sunday… despite the fact that he had been long earlier released from jail.