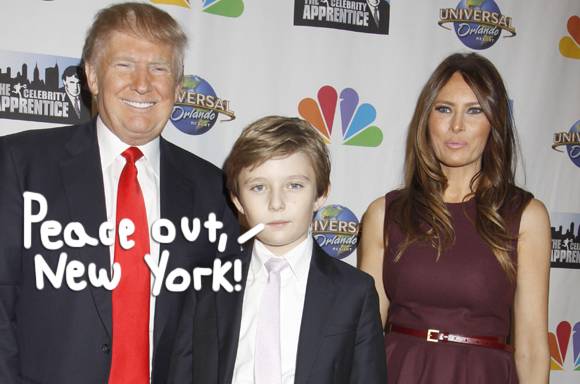 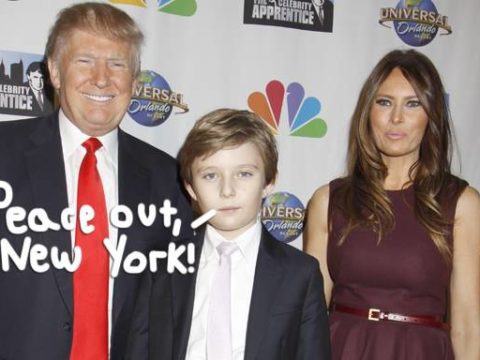 Barron Trump is heading to D.C.

On Monday, it was announced by Melania Trump that her 11-year-old will be switching schools as they’re relocating to the White House after this school year. About damn time.

Related: Trump Is ‘Frustrated And Angry At Everyone’

According to FLOTUS, the youngest Trump child will be attending a private Episcopal school in Maryland, named St. Andrew’s this fall. And Andy Cohen better look into casting a Real housewife with a younger kiddo at the St. Andrew’s Episcopal School as it’s located in Potomac, Maryland. We mean, it’ll be such a missed opportunity if the reality TV guru doesn’t lock in a housewife who has a kid that goes to school with Barron.

It’s said Mrs. Trump selected St. Andrew’s as her son’s next school as it’s known for having a diverse community and is committed to academic excellence.

And the Trumps will be shelling out quite a bit for their son to attend the private institution as tuition ranges from $23,000 for pre-K to $40,000+ for grades nine through 12. But hey, it’s not like Donnie can’t afford it!

Barron Trump Is D.C. Bound As He’ll Be Attending A Private Episcopal School In Maryland This Fall